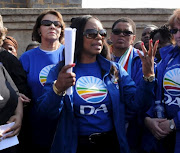 The DA is to write to the Office of Health Standards Compliance to request a full-scale investigation into the listeriosis outbreak.

DA shadow minister of health Patricia Kopane said on Sunday the party had reason to believe that the department did not follow due testing procedure when attempting to identify the source of the listeriosis outbreak.

“In a reply to a DA parliamentary question‚ the Minister of Health‚ Dr Aaron Motsoaledi‚ admitted that his department only tested for the presence or absence of listeria at facilities‚ meaning that they did not test for the levels of the bacterium at facilities.

“This is a shocking revelation and is further proof that the minister and his department lacks the political will to get to the bottom of the outbreak‚” Kopane said.

She said the reality was that all products that came into contact with the listeria bacterium would have tested positive for contamination. It was‚ therefore‚ insufficient to merely test for the presence of the bacterium.

The levels of listeria present at the Rainbow Chicken and Enterprises facilities needed to be known.

Currently‚ there was no international agreement on acceptable levels for listeria in foods‚ meaning that it differed from country to country. It was therefore pertinent for the levels of listeria to be determined in order for the government to implement contingency plans for the export of food goods‚ Kopane added.

She said a number of countries had already banned the import of South African food products due to the outbreak.

“This is having a negative impact on the poultry and pork industries and this is solely due to government not doing its job.