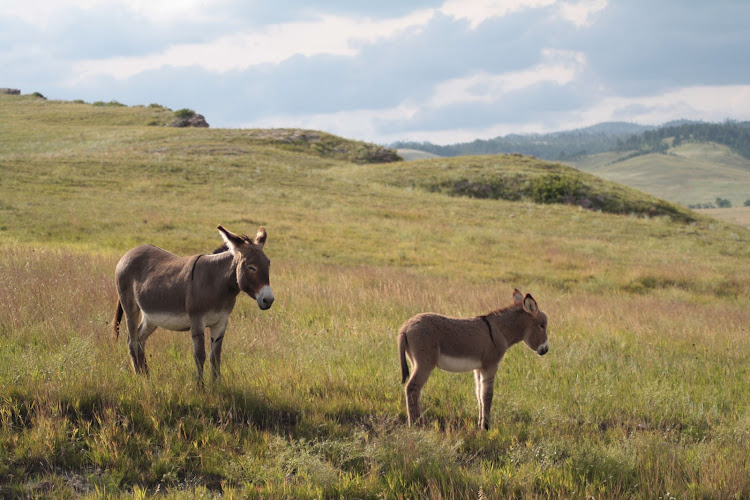 South Africa has been implicated in the supply of donkeys for Chinese medicine‚ a report released on World Donkey Day has revealed.

The report‚ by Humane Society International (HIS)‚ states that the country’s donkeys are slaughtered in great numbers for their skins and exported to produce ejiao‚ a gelatine-like substance used in Chinese traditional medicines. The report says that ejiao has no medicinal value.

According to HIS’s Audrey Delsink‚ the number of donkey hides allowed to be exported from South Africa is supposedly restricted to 7‚300 a year.

The Marakele animal sanctuary in Thabazimbi has been temporarily closed as the family of the owner‚ mauled by his lion Shamba‚ are in Johannesburg to ...
News
4 years ago

British charity The Donkey Sanctuary has estimated that the demand coming from China could reach up to 10-million donkeys per year‚ representing almost a quarter of the entire global donkey population. It pointed out that most of the hide imports come from less-developed areas where the price is lower.

The sanctuary said donkeys are important for transport and farming in many developing countries. This massive slaughter is reported to have seriously affected agricultural production and the livelihoods of the local people.

As a result‚ several African countries‚ including Burkina Faso‚ Niger‚ Ethiopia‚ Botswana‚ Mali and others banned the export of skins because the extent of the trade has dramatically reduced their donkey numbers while rural communities in Kenya have conducted street protetsin Nairobi against the trade.

But according to Marcelle Meredith‚ CEO of the NSPCA said‚ “South Africa does not seem too concerned with following suit.”

Pitbulls put down after fatal mauling

Two pit bulls that mauled an elderly woman to death were euthanised just hours after the fatal attack on Wednesday.
News
4 years ago

Ejiao is a popular product used in food and drink or in beauty products such as face creams and is believed to improve blood circulation by people with anaemia‚ low blood cell counts or reproductive problems. The substance is produced by boiling donkey skins and extracting the resulting gelatin. The ejiao market is expected to maintain a growth rate of 15 per cent annually‚ and China’s Ministry of Agriculture has included ‘donkey’ as a target industry.

“People don’t care how they raise‚ transport or even slaughter the donkeys‚ as long as they get to sell the skins‚ it’s all that matters‚” she said.

In 2017‚ the NSPCA euthanised 70 donkeys that were discovered in a shocking condition on a farm outside Bloemfontein. Some pregnant mares had aborted‚ while hundreds of donkeys in the Northern Cape were illegally slaughtered by being bludgeoned with hammers and some skinned alive.

In May last year‚ the NSPCA discovered more than 1‚000 donkey skins‚ and seven tiger skins that were being illegally exported. The same month‚ the organisation confiscated more than 100 donkey skins from a lion farm near Tosca in North West province.

It's been a bloody time for the South African canned lion industry.
Ideas
4 years ago

Two months earlier‚ the South African Police Service (SAPS) reported that they had found 5‚000 donkey skins in a container in Benoni‚ with an estimated value of over R4-million.

A dedicated donkey abattoir was going to be constructed in the North West Province after embattled North West Premier‚ Supra Mahumapelo‚ visited China in 2015‚ saying on his return that trade in donkeys must be developed in the province to help create jobs.

Meredith said that plans for the abattoir have been shelved‚ at least for the time being‚ but she warned the underground trade in the province continues unabated.

“The North West is the one of the worst provinces when it comes to animal welfare‚” she said.

Humane Society International’s Delsink said that the donkey trade was not too dissimilar from the controversial lion bone trade.

“It is also no secret that South Africa’s captive lion breeding industry with many breeders based in the North West Province using donkeys to feed their captive lions‚” he said.

Lion and other predator breeding facilities have for years bought donkeys from rural communities to feed their animals.

The owner of the Marakele Animal Sanctuary‚ who was attacked by his lion Shamba in Thabazimbi on Saturday‚ is recovering in hospital‚ his family said.
News
4 years ago

“They pay about R500 per donkey‚ which ultimately deprives that person of a much-needed work animal‚” says Meredith.

Asked whether some lion breeders are also participating in the export of donkey skins to China for use in traditional medicine‚ Meredith simply said: “They are capable of anything.”

In February this year‚ China's official National Health and Family Planning Commission came out strongly against the trade stating that ejiao is "just boiled donkey skin" and "not worth buying”.

This sparked a major social media frenzy. They were later required to retract their statement.

Alex Mayers‚ head of programmes at The Donkey Sanctuary said at the time: “Whether there are any benefits from taking ejiao or not‚ our primary concern remains that the trade in skins is both inhumane and unsustainable.”

-This article was supplied by the Conservation Action Trust