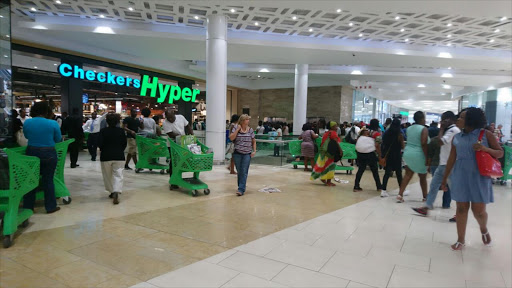 Supermarket chain Checkers on Wednesday explained that it was never its intention to put up a Mother’s Day display consisting of cleaning products.

Checkers found itself in the wrong aisle on Tuesday after one of its shops advertised home cleaning products as gifts to “wow mom” on Mother’s Day.

A number of people reposted the picture with disparaging comments and asked Checkers to clean up its marketing.

Supermarket chain Checkers found itself in the wrong aisle on Tuesday after one of its shops advertised home cleaning products as gifts to “wow mom” ...
News
3 years ago

In a statement on Wednesday‚ Checkers said the Mother’s Day photo circulating on social media was taken whilst Checkers Van Der Lingen in Paarl was moving its display from the back to the front of the supermarket‚ ahead of Mother’s Day this coming Sunday.

Checkers said it understood how the photo circulated could be misconstrued and apologised for that.

“The intention was never to put up a Mother’s Day display consisting of cleaning products. The Mother’s Day merchandise was moved first‚ with the posters only following later.

“The supermarket finalised its display on Saturday morning‚ with the display looking like it should‚” Checkers said in a statement.

Dear @CheckersSA, after years of hard fought progress, however little it sadly may be... you draaag us back to ancient nonsensical stereotypes. WHAT DOES THIS TEACH PEOPLE WALKING INTO YOUR STORES?? Are women proverbially cleaners? SHAME ON YOU. Respect our mothers!!! pic.twitter.com/Ly6pyCroXg

The retailer said the photo circulated had attracted a variety of responses.

“Whilst some social media users found the photo offending‚ others picked up that must have been an error and light-heartedly commented that more products should have been included in this ‘promotion’.”