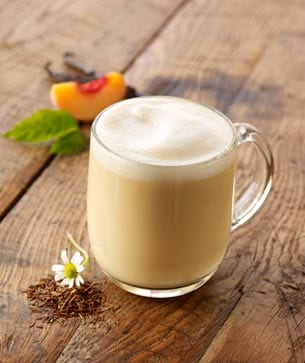 Starbucks has introduced Rooibos Lattes‚ which has thousands of customers in the northern hemisphere hooked‚ the council said. Council spokesperson Adele du Toit said it was a real thrill to have Rooibos feature so prominently on Starbucks’ UK menus - a development that spoke to the growing popularity of the tea and demand for health-promoting beverages worldwide.

“In a region where a whopping 60-billion cups of tea are consumed each year‚ with over 1‚200 varieties to choose from‚ it’s a big deal for Rooibos to have been given the nod by the Brits‚” said du Toit.

She said the global resurgence in the tea category points to consumers wanting to drink better quality tea when they do put the kettle on.

“Flavoured and speciality teas are perceived as more of an indulgence and consumers who are buying these drinks are willing to spend that bit more on their cup of tea‚” said Du Toit.

Starbucks’ Rooibos Lattes come in two variants: Rooibos Tea Latte and Red Apple Rooibos Tea Latte. The drinks are described as “luxurious” and are made by using a new method to extract maximum flavour from the tea‚ which took the company two years to perfect.

The much-anticipated Rooibos lattes were rolled out to 950 stores across the UK‚ one of the biggest tea-drinking markets in the world.

How the humble Rooibos tea bag is taking over Paris

Gracious Dube has transformed the humble teabag into a sought-after fashion accessory in Paris.
Lifestyle
3 years ago

Staff at Starbucks in South Africa will‚ along with their colleagues abroad‚ undergo “racial bias training” after a furore over the arrest of two ...
News
3 years ago

Two black men arrested while waiting at a Philadelphia Starbucks store reached a settlement with the coffee chain and dropped legal claims against ...
News
3 years ago