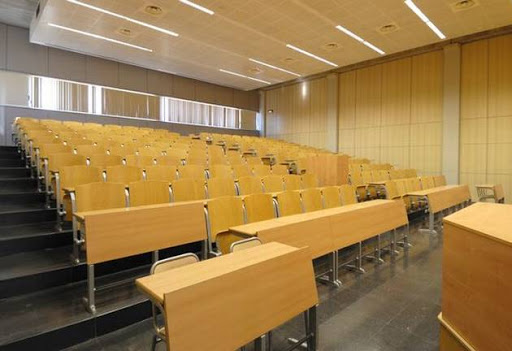 The credibility of higher education at South Africa's top institutions is on a decline while other BRICS countries like China‚ India and Russia are improving their standards.

The University of the Witwatersrand has dropped to 12th‚ from 8th the year before.

Others have made progress‚ but off a very low base. The University of Johannesburg‚ for example‚ climbs 49 places to rank joint 92nd.

China dominates the ranking‚ with the nation claiming one in every six positions in 2018. Sixty-three Chinese institutions are represented in the ranking - up from 52 in the previous year – making mainland China home to the highest concentration of leading universities in the emerging economies nations‚ the authors state.

China also dominates the 2018 ranking’s elite Top 10‚ claiming seven spots. For the fifth consecutive year‚ Peking University leads the table‚ with Tsinghua University ranked at number two. The two institutions also achieved their highest ever ranking in the THE World University Rankings 2018 – both featuring in its global Top 30.

The University of South Africa (Unisa) will come under the spotlight from Tuesday as the Human Rights Commission begins an investigation into ...
News
3 years ago

Phil Baty‚ editorial director of the THE Global Rankings‚ said: “China has become a higher education superpower – it’s now a legitimate global competitor alongside traditional Anglo-American heavyweights. It has pioneered the higher education excellence model other emerging economies now strive to emulate - through its sustained heavy investment in its leading institutions‚ focus on attracting the very best global academics‚ nurturing of international partnerships and development of international publications. With a strengthening international outlook‚ it’s likely we’ll see China’s universities continue to ascend in the global rankings.”

The University of SA (Unisa) has extended the start of first semester examinations by two weeks to afford all students reasonable time to prepare.
News
3 years ago

Several Russian universities see significant progress on the 2018 ranking. The country is the fifth most represented in the table‚ with 27 institutions ranked - up from 24 in the previous year‚ and led by Lomonosov Moscow State University‚ which retains its position at number three.

Meanwhile a trend of decline cuts across Latin American‚ ASEAN and Eastern European countries‚ despite many increasing their overall representation.

Brazil increases its presence and retains its status as the third most represented nation‚ however‚ nearly all of its ranked institutions drop positions‚ largely due to economic and political turmoil in the country. Its flagship institution‚ the University of Sao Paulo‚ ranks 14th – its lowest-ever position. Thailand (10 institutions‚ up from nine)‚ Malaysia (nine‚ up from seven) and Indonesia (four‚ up from two) also increase their overall presence‚ however‚ the majority of their institutions have declined since last year.

Deputy Chief Justice Raymond Zondo has been appointed chancellor of the University of Zululand.
News
3 years ago

Acting THE Rankings Editor‚ Ellie Bothwell‚ said: “Improving higher education is imperative to the future prosperity and stability of many emerging economies - a point increasingly recognised in national development agendas. However‚ we see from this year’s ranking that universities in emerging economies will have to demonstrate immense drive to grow their global ambitions.”

“No institution can afford to stand still or remain inward looking. Global - and regional - competition is intensifying and every university will have to be more resourceful‚ innovative and internationally oriented than ever to progress and reach their potential.”