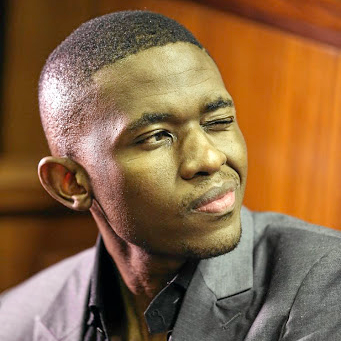 Heartless‚ arrogant and remorseless. That’s how prosecutor Mike Hlatshwayo has described Sandile Mantsoe‚ the man he and his colleague Phakanyiswa Marasela successfully prosecuted for the murder of his girlfriend Karabo Mokoena.

“I’ve never encountered an accused like this‚” said Hlatshwayo‚ who has been working as a state advocate for over two decades.

“Even when he was called during mitigation (of his sentence)‚ you could listen to this self-praise‚ how important he was‚ how hard he tried to change Karabo’s life‚ taught Karabo to stand on her own and all of that. Everything was just about himself‚” he told TimesLIVE. “I think he has blocked the bad thing that he has done to Karabo‚ the manner in which he killed her‚ because he does not want to live with that for the rest of his life. He just wants to pretend like it’s not him who did it.”

Sandile Mantsoe is clearly struggling as he’s filmed coming from his flat, dragging a large bin.
News
4 years ago

Mantsoe claimed that Karabo had killed herself – a defence that was totally disproved by the state. But he did admit that he disposed of her body‚ claiming he had done so because he feared that he would be blamed for her murder. He also sought to portray Karabo as abusive and unstable.

Hlatshwayo said Mantsoe’s partial confession to the police‚ in which he admitted to collecting “pool acid‚ petrol and a tyre” to burn Karabo’s body‚ showed just how heartless he was.

Hlatshwayo’s fellow prosecutor on the case‚ Phakanyiswa Marasela‚ said she doubted that Mantsoe would ever admit to what he did.

EXCLUSIVE | This is the last time Karabo Mokoena was seen alive

The last footage ever captured of Karabo Mokoena shows her dressed in a pink long-sleeved top‚ with a clearly despondent expression on her face.
News
4 years ago

The lead investigator in the Mokoena case – Captain Malefetsane Radebe – said he did not believe Mantsoe was a psychopath. But he was adamant that “something is very wrong” with the young man.

Mantsoe was sentenced to 32 years behind bars for Karabo’s murder.

“Even with the sentence‚ it was like nothing had happened. The court’s verdict didn’t mean anything to him. It was like business as usual‚” Radebe said.

“I’m failing to get the correct word to describe him ... maybe the judge interpreted his persona as a disguised devil.”

The lead investigator in the Karabo Mokoena case is still convinced that the young woman was murdered as part of a ritual killing – and has revealed ...
News
4 years ago

Bontle Mokoena can't forgive her sister's murderer, but has sympathy for the shame he has brought to his family
News
4 years ago

Radebe said some of the people he spoke to praised Mantsoe as a “preacher‚ and a person who goes to church”‚ but others described him as an “entertainment-liking person who is using drugs at some stages”.

He specifically referred to cell phone videos in which Mantsoe railed against “jealous black people” and quoted Bible verses‚ as evidence “that he is not normal”.

“He acted like he felt he is a victim‚ instead of acknowledging his wrongs and instead of showing remorse towards the court for what he did was wrong.

“I’m still having that hope that one day he will speak. One day he will talk to say exactly what transpired on the evening that Karabo’s body was burnt.”

The last footage ever captured of Karabo Mokoena shows her dressed in a pink long-sleeved top‚ with a clearly despondent expression on her face.