Four killed‚ one injured as car collides with train 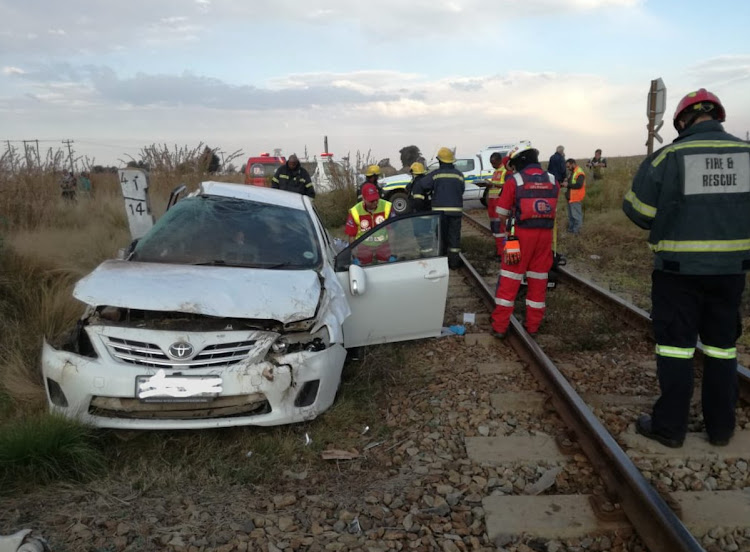 Four people were killed and one person injured when a vehicle and a train collided at the R500 and Carletonville crossing in Magaliesburg near Krugersdorp on Saturday afternoon‚ paramedics said.

ER24 spokesperson Annine Siddall said that other emergency services were attending to five people when ER24 paramedics had arrived on the scene at about 3.50 pm on Saturday.

“There was unfortunately nothing paramedics could do to save the lives of three women‚ all believed to be in their late 50s‚ and they were declared dead on the scene.

“A man‚ believed to be in his 30s‚ was also declared dead by other emergency services en route to a nearby hospital‚” Siddall said.

One person sustained moderate injuries and he was transported to a nearby hospital for further medical care‚ she said.

Up to 20 people injured in taxi accident in Centurion

Between 15 to 20 people were seriously injured when a taxi collided head-on with a SUV on the R55 in Olievenhoutbosch in Centurion‚ south of ...
News
3 years ago

Transport minister Blade Nzimande on Thursday inspected the site of a gruesome collision between a train and a bakkie in Cape Town.
News
3 years ago

Three people were killed and two others were injured in a head-on collision along the R82 in Vereeniging in the early hours of Sunday.
News
3 years ago