Service delivery protests increasing and most are violent 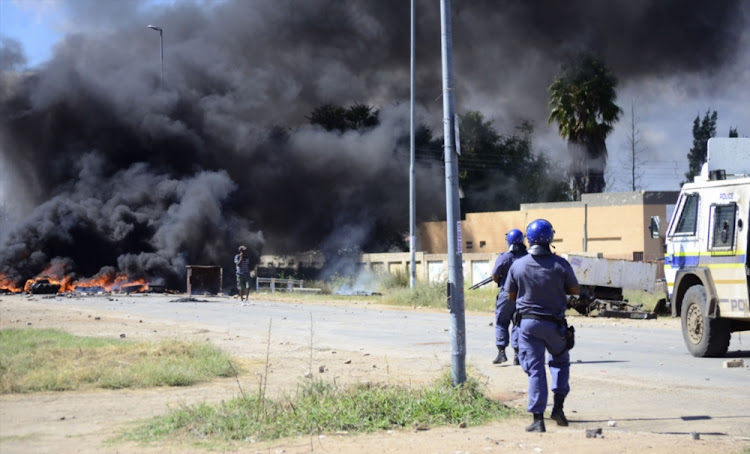 Service delivery protests are increasing with 94% of them recorded this year being violent‚ Municipal IQ said on Monday.

“Of great concern is that 94% of the service delivery protests we have recorded this year have been violent – a significant uptick when compared to 76% since 2004.”

Violent protests have recently flared up in North West regarding the province’s health department.

Late last month‚ Cabinet invoked Section 100(1b) of the Constitution to take over the department of health in the province.

Protesters were reportedly blocking access to hospitals and threatened to burn doctors who tried to access the institutions to treat patients.

Municipal IQ also found that the Free State had also become relatively pronounced‚ as well as the Northern Cape.

The hotspot monitor maintains a database on major protests staged against municipalities‚ as recorded by the media and other public sources such as SA Police Service media releases.

Municipal IQ’s MD‚ Kevin Allan‚ said it was concerning that protesters appeared to be resorting to increasingly violent measures to engage leadership structures.

However‚ there were also opportunistic elements of criminality which appeared to have come into play and confounded the service delivery grievances‚ he said.

An eShowe farmer‚ fearing for his life‚ managed to flee his home just hours before it was overrun by a mob of rioters on Sunday night.
News
3 years ago

The 24-year-old man shot in North West protests two weeks ago was killed by live ammunition‚ not a rubber bullet‚ the Independent Police ...
News
3 years ago

Patients are now being denied healthcare at a third hospital in the North West.
News
3 years ago