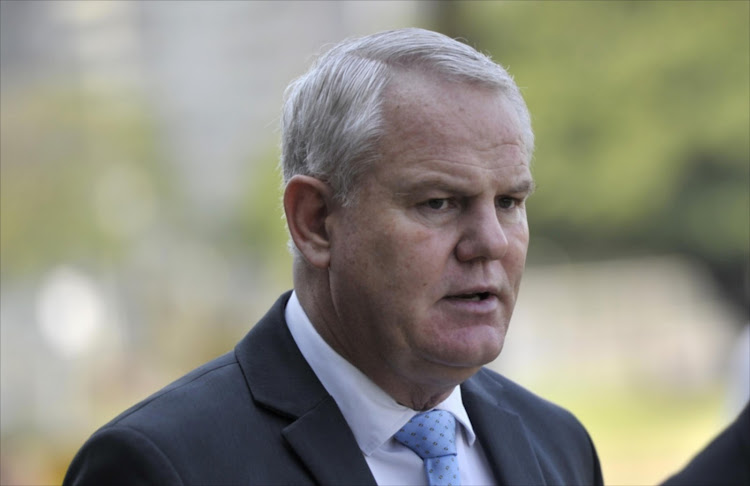 Kohler-Barnard, the DA's shadow police minister, made the shocking claim during the police ministry’s budget debate.

She [Kohler-Barnard] mentioned three sources and I am aware of four, and they are all impeccable.

They had met hitmen outside Durban, she claimed.

“So great is the fear of General Booysen that a hit has allegedly been taken out on him,” she said.

“There is confirmation from three independent and reliable sources that MK [Umkhonto weSizwe] veterans from Cornubia near Phoenix in KwaZulu-Natal have been taken on to do the job after meetings with none other than Jacob Zuma, Super Zuma and Sihle Zikalala,” Kohler-Barnard said.

“Dudu Myeni is also implicated after meetings with the vets. Indeed, if General Booysen so much as stubs his toe, we’ll know where to look.”

Booysen, speaking to TimesLIVE, confirmed he was aware of a hit placed on his life.

“She [Kohler-Barnard] mentioned three sources and I am aware of four, and they are all impeccable. It [the alleged hit] first came to my notice about a month ago when I was contacted by someone from KwaZulu-Natal who tipped me off,” he said on Tuesday evening.

“Although I was careful, I didn’t act on it officially. Then two weeks ago I received another call.”

He said his concerns had been heightened because his sources were independent of each other and moved in different circles.

“Last week I met a third source at my office and he told me that the same trio wanted to have me killed, and he was very concerned. On the same day another source of mine in Mpumalanga told me he needed to see me urgently. I met him at the airport and he revealed the exact same story.

“Normally when it comes from one place you need to be careful, but this has come from four sources, each independent of each other. I have not yet taken this to the police [because] I don’t want to expose my contacts. I am watching my back,” said Booysen.

Contacted on Tuesday, Super Zuma dismissed the allegations as nonsense.

“That is rubbish … no such meeting has taken place. I have never even met Johan Booysen and as such I should not have to respond to nonsense,” he said.

Jacob Zuma’s spokesman, Vukile Mathabela, said he was unaware of the allegations but would respond later.

Zikalala told TimesLIVE: "I wish to be clear, I know nothing about that. I have never been part of such a meeting. At no point I have been in a discussion of that nature."

Myeni said via text message that she would consider taking legal action.

"I am on sick leave. Please send me [an] email with questions and documents, dates and venue of meetings referred to suggesting what you have said. I will seek legal advice as it is very defamatory especially hearing names I don't even know," she said.

This story was updated to include Zikalala's and Myeni's comments.