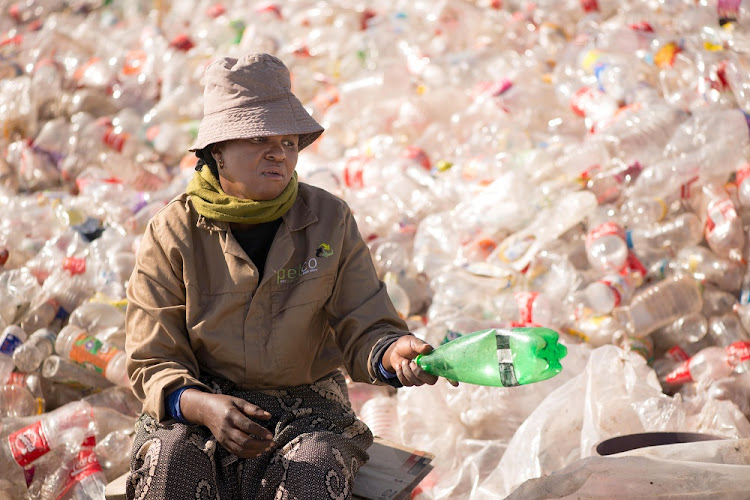 Every South African recycled 38 plastic bottles in 2017 - a new record.

The achievement — 2.15 billion bottles weighing more than 93‚000 tons were recycled — put the country on par with international standards‚ according to industry body Petco.

But it said there was still scope for improvement‚ with one-third of polyethylene terephthalate (PET) bottles still not being recycled.

Most plastic bottles are made with PET‚ and last year recycling them created 64‚000 “income-making opportunities”‚ according to Petco CEO Cheri Scholtz.

“Through the remarkable network of people‚ companies and organisations we work with‚ 5.9 million PET bottles were collected for recycling across South Africa every day during the course of 2017‚ creating thousands of income-generating opportunities for small and micro-collectors‚ and changing their lives and those of their families in immeasurable ways‚” she said.

Petco‚ which is responsible for fulfilling the plastics sector’s “extended producer responsibility” mandate‚ estimates that almost four million cubic metres of landfill space and more than 900‚000 tons of carbon have been saved by recycling PET materials since 2004.

Scholtz said Petco members paid a voluntary recycling fee on every ton of raw material they bought. Since 2004‚ when Petco launched‚ recyclers had paid bottle collectors a total of R2.3-billion.

Nokubonga Mnyango‚ who owns Uthando Solutions and Trading in Empangeni‚ KwaZulu-Natal‚ is one of the collectors who have received Petco-sponsored training and equipment. Her business employs six permanent staff‚ who collected over a ton of bottles a month in 2017.

“We really appreciate all the support Petco has given us as collectors. It’s not easy but there are many opportunities in this business‚” said Mnyango.

Five Durban beaches are finally getting a badly-needed infusion of sand – but the emergency operation will cost ratepayers at least R15-million in ...
News
3 years ago

After collecting up to 80 black bags of trash every time it has a coastal clean-up‚ a Western Cape tourist village has declared war on plastic.
News
3 years ago