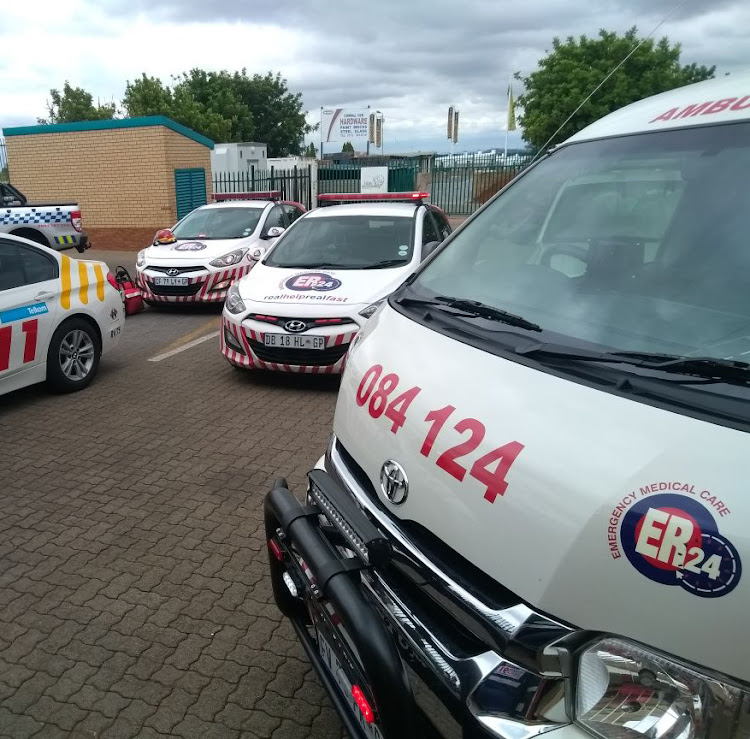 One man was killed and five other men injured in a head-on collision on the R554 in Vanderbijlpark on Sunday afternoon‚ paramedics said.

ER24 spokesman Russel Meiring said ER24 paramedics‚ along with several other services‚ had arrived on the scene to find a bakkie and light motor vehicle in the middle of the road.

Three men were found lying outside the light motor vehicle while three others were found inside.

“Paramedics assessed the patients while the local authorities began to close off the road.

“Treatment and advanced life support interventions were immediately initiated for the patients‚ in an effort to stabilise the critically injured. Unfortunately‚ after some time‚ one of the critically injured succumbed to their injuries and was declared dead a short time later‚” Meiring said.

Once all the victims had been treated‚ and the critically injured stabilised‚ they were transported to nearby provincial hospitals for further care‚ he said.

“Two of the critically injured were airlifted by the ER24 Oneplan helicopter to a private hospital for further care‚” he added.

It's unclear what upset Johannesburg residents more on Monday - the severe traffic backlog heading to OR Tambo International airport or the loss of ...
News
3 years ago

Child dies after being hit by patrol vehicle

Police have opened a culpable homicide docket after a 12-year-old girl from Philippi was killed by a law enforcement vehicle responding to an ...
News
3 years ago

Fatality and scores of injuries as rain lashes KZN

A man was killed and as many as 40 others were injured in a spate of accidents across the KZN coast on Wednesday as the province was lashed by heavy ...
News
3 years ago