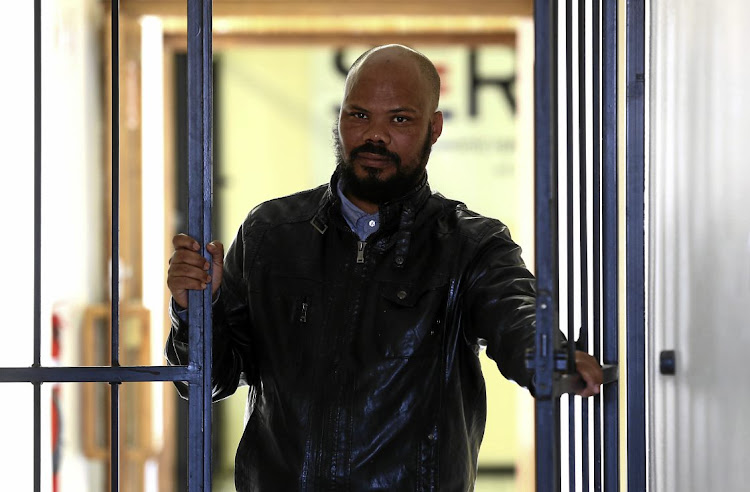 Judge Ronnie Hendricks found Webster‚ and five other accused‚ not guilty of murdering Petrus Sabata‚ who was killed at Marikana on December 8 2016.

The Socio-Economic Rights Institute of South Africa (SERI) represented Webster during the trial.

The court discharged the six and found them not guilty after the prosecution failed to produce any evidence that linked them to the death of Sabata.

Prosecutors ultimately conceded that Webster was entitled to an acquittal‚ and accepted that the State had failed to “establish [Webster’s] involvement” in the murder.

The ANC has lashed out at Napoleon Webster‚ saying the Marikana housing and land activist is suffering from “hallucinations”.
Politics
5 years ago

The State also accepted that the witnesses who had implicated Webster had testified out of malice and lacked any credibility.

Despite there being no evidence that Webster had committed any offence‚ he was detained in a Rustenburg prison in 2017 for over 202 days after the Rustenburg Magistrate’s Court refused his bail application.

Throughout the bail proceedings and the trial‚ there was strong evidence that Webster had been arrested because of his community-based activism in Marikana and not on the basis of any reasonable suspicion that he had committed an offence.

Lindokuhle Mdabe‚ an attorney at SERI who acted for Webster‚ said the state’s failure to produce any evidence linking Webster to the murder was a clear indication that the prosecution had been brought‚ not to punish crime‚ but to stifle legitimate dissent in Marikana.

“The prosecution‚ and the way it has been pursued‚ is yet another example of the abuse of the criminal justice system in aid of silencing the real and legitimate grievances of people living in poor communities across South Africa‚” Mdabe said.

The trade union Amcu says it won’t be holding any May Day celebrations throughout the country on Tuesday. Instead‚ it is campaigning to have August ...
News
4 years ago