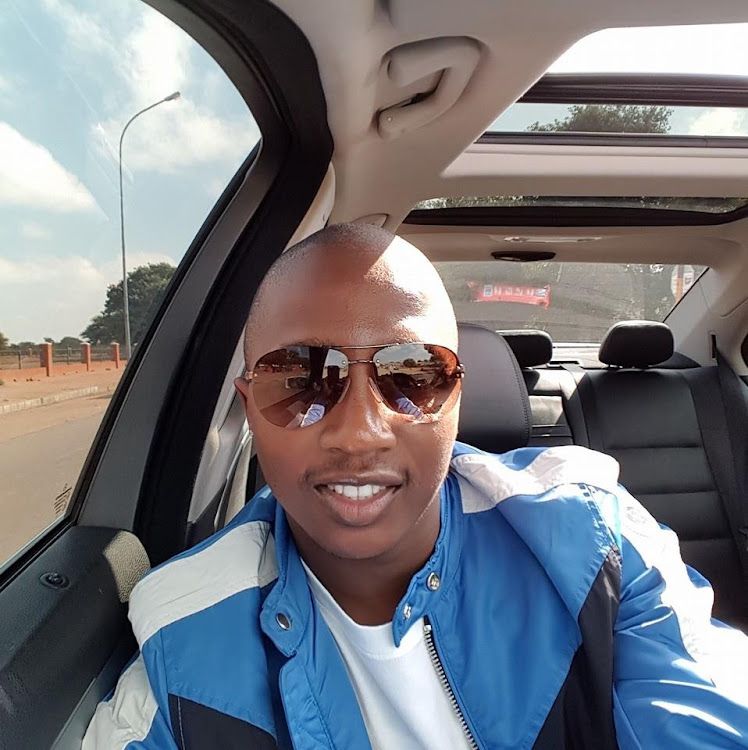 So says one of the men arrested for his alleged involvement in the brazen daylight Boksburg cash-in-transit heist on Thursday.

Thato Gaopantwe has an impressive résumé for a 26-year-old - if claims about himself in his online profile are anything to go by.

One of five alleged robbers caught by police last week‚ he apparently studied “money laundering” at the “Skool of Hard Knoxs”‚ according to his Facebook profile. He also claims to have studied “Skill‚ Speed‚ Endurance‚ Saving Money and Your Mom” at Howard Community College.

Updates usually show him buying designer clothes in Sandton or at Mall of Africa‚ or depict him standing next to a brand new luxury German SUV he claims to have bought.

Gaopantwe appeared in the Boksburg Magistrate's Court on Monday along with Paul Sibanda‚ 48‚ Sibusiso Khumalo‚ 34‚ Collen Habede‚ 42‚ and Thabo Molefe‚ 32.

A picture taken from his arrest shows a distinctive large tattoo on his upper left arm. The same tattoo is visible on his Facebook photos.

Metro police officers arrested him shortly after the heist‚ in which a group of heavily armed men attacked two cash-in-transit vehicles in broad daylight at an intersection in Boksburg.

Dramatic video footage showed the men shooting with AK-47s as their accomplices blew up the two armoured vehicles to get to the cash inside.

Nearly as brazen as the heist are Gaopantwe’s Facebook posts‚ but by midday on Tuesday the South African public was onto him - and hundreds of laughing emojis and comments jabbing at his misfortune followed.

Some people immediately condemned him‚ posting photos of his arrest underneath his last post - a picture of him dated May 13 in Sandton‚ captioned “Gucci Gang Gang”‚ apparently referring to his expensive-looking clothes.

Some called for the expropriation of his designer clothing. Others crudely offered words of advice for the time he will be spending in the Boksburg correctional services centre until his and his fellow gang members’ next court appearance on Monday.

But some were more supportive and some even lamented‚ retrospectively‚ how the young man could have turned his alleged proceeds of crime into something positive.

As Facebook user Sabelo Ublangwe said in a comment under one of his photos: “Shame he became greedy and stupid and that was his downfall. One or two heists should be enough to help you start a proper business so that you don't depend on heists to survive. Aw madoda but at least he had tasted real life.” (sic)

Ekurhuleni metro police department (EMPD) officers also uncovered a large amount of cash at two properties in Springs and Tsakane east of Johannesburg on Monday night and were working with the Hawks to establish a link to the heists.

“The money in Tsakane was alleged to have been recovered by the EMPD tracing unit. However‚ DPCI is working with the EMPD and crime intelligence to establish where the money is coming from and if there is a link regarding the recent spate of cash-in-transit heists‚” said Mulamu.

He said that a middle-aged couple at a house in Tsakane‚ where a considerable amount of money was found stashed in a trunk in the backyard of their property‚ said that they had been told to keep the money of behalf of an SBV security guard.

Two women aged 40 and 61 were arrested at a second location in Payneville in Springs.

SBV said in a statement that it was aware of claims that an alleged SBV employee in a cash-related crime.

“SBV confirms that an investigation is underway by law enforcement and that any references to an alleged SBV employee are incorrect. SBV Services is committed to working with the authorities to apprehend criminals involved in cash-related crime. We have a zero tolerance for the crime that has an impact on the cash services environment and we will continue to do everything possible to mitigate our risks‚” the statement said.

Johannesburg metro police are thought to have arrested Gaopantwe on Friday‚ and they also made other successes thought to be related to cash-in-transit heists at the weekend.

“Out of the five suspects, one was arrested by the JMPD [Johannesburg metro police department]. On Saturday they recovered a red Audi with heavy-calibre weapons‚ AK-47 and R5 and ammunition for these weapons‚ and a revolver‚” said JMPD spokesperson Chief Superintendent Wayne Minnaar.

Police believe high-powered weapons found inside an abandoned car in Johannesburg on Saturday could be linked to recent cash-in-transit heists in the ...
News
4 years ago

The author of the book "Heist" Anneliese Burgess says the latest spate of cash-in-transit heists are a new beast using new tactics.
News
4 years ago

'We could have been killed': How five street vendors survived the Boksburg heist

Five men who trade at the corner of Atlas and North Rand roads in Boksburg still cannot believe they survived the violent cash-in-transit heist that ...
News
4 years ago