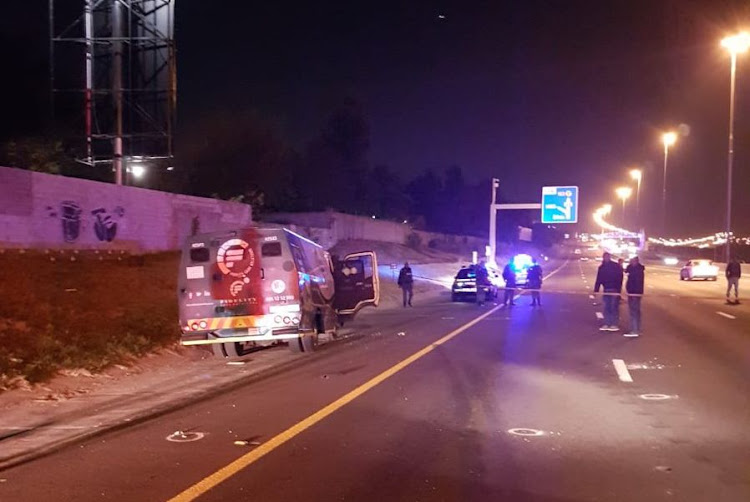 The scene of an attempted cash-in-transit heist on the N3 highway near the Malboro off-ramp in Johannesburg on May 23 2018.
Image: Alex Sweet Patrick

A security guard escaped with his life - suffering only minor injuries - after a failed cash-in-transit heist on the N3 near the Marlboro Drive offramp in Johannesburg on Wednesday night.

“Suspects shot at [a CIT] van on N3 south at Marlboro‚ but sped off. The driver of the van was slightly injured and taken to hospital.

“The traffic lanes have been blocked off for the scene to be investigated‚” he said.

ER24 spokesperson Annine Siddall said that the man sustained injuries to his arm.

“Three more men‚ all believed to be between the ages of 20 and 50‚ did not sustain injuries. Two of the men were traveling in the cash-in-transit van and two more men were in a security vehicle when shots were fired at them‚” said Siddall.