Mandla Mandela calls for Israeli ambassador to be banished 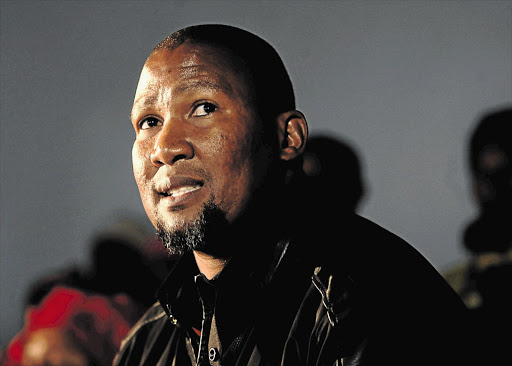 Mandla Mandela‚ grandson of the late former president Nelson Mandela‚ has called on the South African government to send Israel's ambassador‚ Lior Keinan‚ packing back to his country.

Mandela was among several high profile religious‚ civic and political leaders who were part of a protest march in Durban on Saturday to highlight the plight of Palestinians.

Before taking to the streets of Overport‚ a suburb of Durban‚ scores of pro-Palestine supporters listened to Mandela's brief address. They were also addressed by Bishop Rubin Phillip of the Anglican Church as well as Ntuthuko Nkosi of the Lutheran Church.

Mandela said: "We want to call on our South African government‚ in an act of protest…. should immediately send the Israeli ambassador back to Israel where he belongs.

Palestinian militants launched on Tuesday their heaviest barrages against Israel since the 2014 Gaza war and Israeli aircraft struck back in a surge ...
News
3 years ago

"He has no home in South Africa. We will not sit by silent‚ when Madiba said this Palestinian struggle is the greatest moral issue of our time.

"We are calling on the Israeli government to give the six million Palestinians living in exile the right of return‚" Mandela added.

He said "apartheid Israel must be held accountable for genocide and crimes against humanity”.

"Madiba said that our freedom is incomplete without the freedom of the Palestinian people. For myself personally‚ it is a continuation of Madiba's commitment..." Mandela said.

The march - which saw hundreds of supporters brandishing pro-Palestine placards and flags - formed part of nationwide protest action following the May 14 killing of over 55 Palestinians‚ including children‚ at the hands of Israeli forces.

South Africa responded to the massacre by withdrawing its ambassador to Israel.

In a memorandum addressed to‚ among others‚ President Cyril Ramaphosa‚ People Against Oppression called on government "to implement without delay the ruling party's 54th National Conference resolution for the immediate and unconditional downgrade of the SA embassy in Israel to a liaison office until Israel respects international law”.

"This is our one and clear demand. We salute the oppressed Palestinians who are refusing to die slow deaths on their knees and displaying unfathomable courage in confronting their oppressors."

Ahmed Hansa‚ a co-ordinator of the march‚ said Palestine supporters in South Africa have called for sanctions to be imposed against Israel.

Muhammed Desai‚ co-ordinator of Boycott Divestment Sanctions SA‚ said more marches were to follow in Mpumalanga next week. Protest action has already been held in Cape Town and Johannesburg.