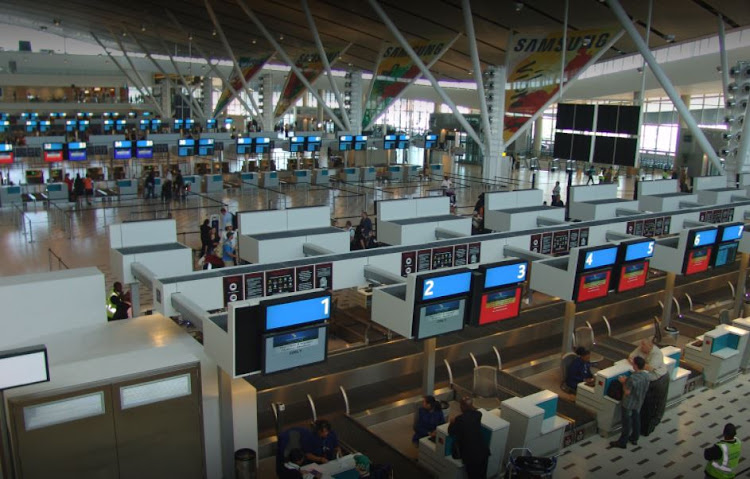 A public meeting descended into chaos and was abandoned after a dispute over whether Cape Town International Airport should be renamed after struggle stalwart Winnie Madikizela-Mandela.

The airport is being renamed as part of a government Transformation of Heritage Landscape programme. The meeting‚ held at the airport‚ was part of a public participation process where people could submit a name for consideration.

Some of the proposals included Krotoa International Airport‚ after the historic Khoi figure‚ and Taliep Petersen‚ after the slain musician.

But it was the name Winnie Madikizela-Mandela – a firm favourite of the Economic Freedom Fighters (EFF) – that ignited a stand-off that turned into a row between the red berets and a vocal group calling themselves “Gatvol Capetonians”. The group objected to Madikizela-Mandela and declared: “She was never part of this country.”

Tempers flared after leader of controversial organisation Gatvol Capetonian says #CapeTownInternationalAirport should not be named after Winnie Madikizela-Mandela because: "She was never part of this country".@TeamNews24 pic.twitter.com/mvvQWjxq8T

“#CapeTownInternationalAirport renaming public meeting has dissolved into chaos‚” she tweeted.

Cloete‚ speaking on CapeTalk radio on Tuesday morning‚ said the meeting started off in a respectful environment.

“This was agreed upfront and the meeting commenced. During the course of it‚ it became quite hectic and disruptive‚” he said.

The meeting was halted to ensure the safety of people attending. Cloete said that many people had suggested alternative names and acknowledged that some parties were passionate about their submissions.

In a passionate speech during Winnie Madikizela-Mandela's funeral, Julius Malema, the leader of the EFF, called out some of the people who attacked ...
News
3 years ago

He said that proposals could still be submitted via email and text message. Public comment is open until Wednesday. Proposals already submitted include Nelson Mandela‚ Albertina Sisulu‚ Winnie Madikizela-Mandela and Robert Sobukwe.

The Airports Company South Africa‚ which is responsible for the management and administration of most national airports in the country‚ said that Cape Town International Airport‚ East London Airport‚ Port Elizabeth International Airport and Kimberley Airport were all subject to the renaming process.