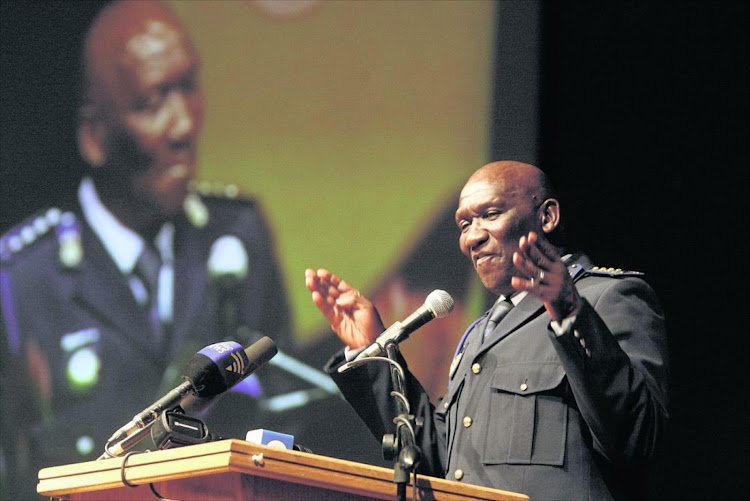 The second-in-command of a syndicate committing cash-in-transit (CIT) heists and 13 suspects have been arrested in the last 24 hours.

That is what police minister Bheki Cele revealed on Wednesday during a press conference held by the National Press Club in Centurion.

Cele said the second-in-command they arrested is one of the 20 most wanted CIT criminals in the country. “South Africans are going to be safe. We are going to make them safe. Criminals have declared war and they must get ready to fight the war‚” Cele said.

A group of alert community policing forum members assisted police in nabbing a gang minutes after they tried to carry out a heist in Heidelberg‚ ...
News
3 years ago

The South African Banking Risk Information Centre (Sabric) said there has been an 8% increase in heists from 147 in 2017 to 159 this year.

Sabric head of service delivery Kevin Twiname said they have an agreement with the police not to publicly share how much cash is stolen during heists.

He said explosives were used during 71 heists this year to access the vaults in the vans. This is an 184% increase from the 25 attacks with explosives last year.

In 49 of this year's heists the cars were written off due to the damage from explosions‚ amounting to R67-million in damages to vans alone. “Those vehicles costs between R1.1- and R1.4-million each.”

Cele conceded that police officials are sometimes involved in heists. “We won’t sit here and deny the bad involvement.”

He added that firearms and bullet-proof vests used by the police and the South African National Defence Force (SANDF) have been recovered from crime scenes.

Cele said foreign nationals are often involved in heists‚ but would not divulge which countries‚ because he did not want to be considered xenophobic. “They are beginning to be more [from] SADC [countries].”

Police have unveiled a plan to get more boots on the ground to combat violent crimes such as cash-in-transit heists in South Africa.
News
3 years ago