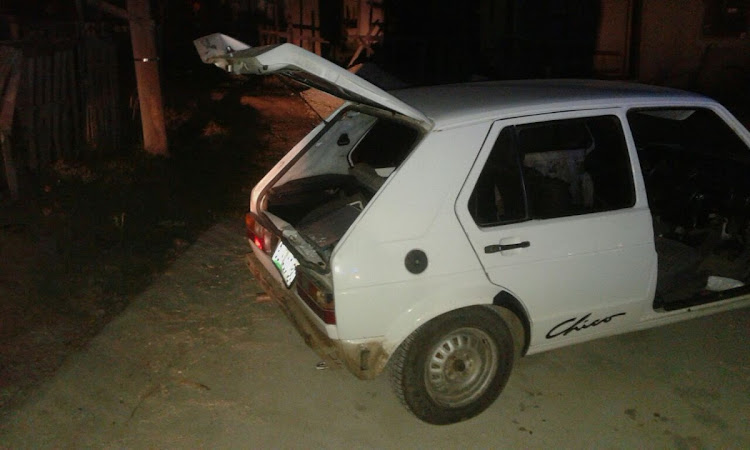 Ten Vodacom cellphone tower batteries were recovered after a shootout with Port Elizabeth police at about 3am on Wednesday morning.

Police recovered the batteries‚ valued at about R36,000‚ after a tip-off that four men were stealing them from a tower in Nkabalaza Street‚ Kwadwesi.

Police spokesperson Captain Andre Beetge said that when police arrived‚ the four men attempted to speed away in a white VW Golf.

“A brief car chase ensued and the vehicle collided with a wooden lamp post. All four suspects got out of the vehicle and started shooting at the police members. Police returned fire and managed to arrest one of the fleeing suspects‚” he said.

“The other three managed to evade arrest and fled on foot. Nobody was injured during the shootout.”

Four people were arrested on Tuesday for an armed robbery of a cash-in-transit vehicle in Limpopo.
News
4 years ago

The Independent Police Investigative Directorate is investigating an off-duty Durban metro policeman who intervened in an argument between two ...
News
4 years ago

Police have shot and killed two men thought to be linked to a botched hijacking that claimed the life of Kelly Chetty in Avoca in Durban on Thursday ...
News
4 years ago