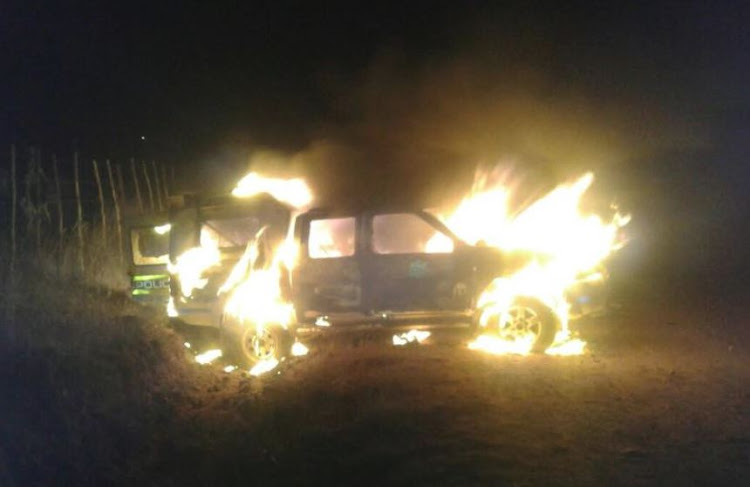 The Portfolio Committee on Police says it is seriously concerned about the operational readiness of the South African Police Service (SAPS) following four incidents last week that highlight clear gaps in intelligence gathering and operational deployment of police in certain areas.

“The Chairperson of the Portfolio Committee‚ Mr Francois Beukman‚ said the Committee is seriously concerned about the operational readiness of SAPS following the burning of two police vehicles in Botrivier in the Overberg; the use of live ammunition by members in Gauteng and the Western Cape due to a lack of sufficient deployment of POPS (Public Order Policing Units) members and the robbery at the Elspark police station in Gauteng where an R5 rifle was stolen‚” the committee said in a statement.

Beukman said the committee had highlighted the need for better security and safety measures at police stations to the National Commissioner and his management team a few weeks ago.

“Clearly there is a lack of urgency to deal with the matter as a priority and the National Commissioner will have to explain to parliament why the assurances given by the Police management were not followed through‚” Beukman added.

Four policewomen on duty - including one carrying a firearm - tamely handed over the key to the safe and the cells when confronted by two men thirty ...
News
4 years ago

“We expect the national commissioner to implement consequence management. The loss of an R-5 rifle at a police station during a robbery paints a picture of lack of command and control‚ and further highlights the on-going leakage of high-powered SAPS fire-arms into the illegal fire-arm pool which find their way into the hands of robbers.”

The non-deployment of POPS members in emerging volatile situations due to slow reactions and no actionable intelligence was a further concern‚ he said.

Beukman said the committee supported the call by the Minister of Police that specialised units should be actively deployed to deal with emerging and active threats and not “be kept in the barracks.”

“The portfolio committee on Police is of the firm view that the national commissioner will have to‚ as part of the current structure review of SAPS‚ again look critically at the appropriate deployment at divisional and provincial level to ensure that operational readiness of SAPS is at a maximum level. This will contribute towards ensuring the optimum safety of citizens at all times.”

Screams for help alerted a passerby to the plight of security guards who were locked in holding cells after two armed men robbed the Balfour ...
News
4 years ago