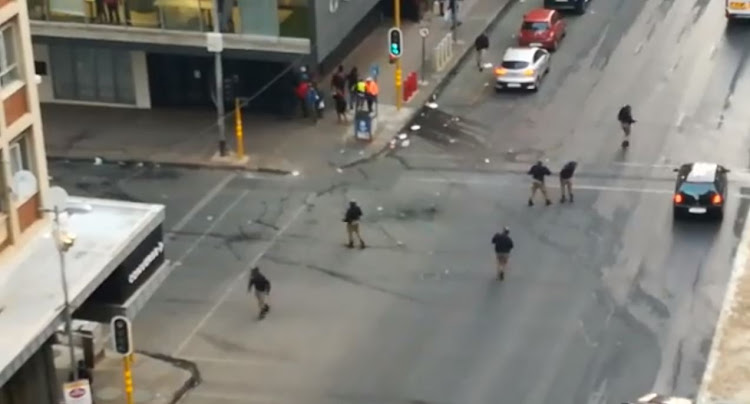 An officer from the Johannesburg Metropolitan Police Department (JMPD) and two students were taken to hospital on Friday afternoon after a skirmish in Braamfontein‚ Johannesburg.

Listen for that gunshot... #Braamfontein pic.twitter.com/SGTznYE5ct

JMPD spokesperson Wayne Minnaar said protesting cleaners were heading towards the Department of Labour in Braamfontein when they were joined by a group of students.

According to Minnaar‚ the cleaners work in one of the student residences.

In Melle Street someone threw a glass bottle from the roof of a building and it landed on the head of a JMPD officer‚ after which police started firing rubber bullets.

“That’s where two of the students got injured.”

The injuries of the two students and the officer remain unknown. No arrests were made.