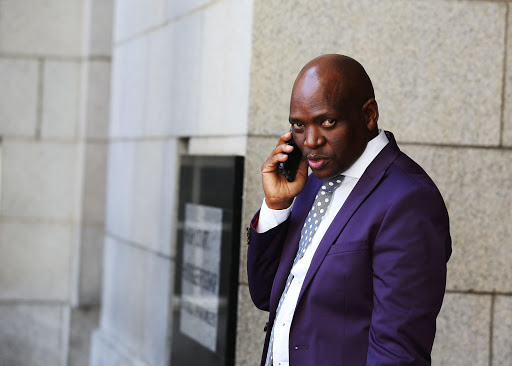 Former SABC chief operating officer Hlaudi Motsoeneng’s application for leave to appeal against a decision that he must personally pay for the legal costs associated with a ban on covering protest action was dismissed with costs.

Trade union Solidarity said it received confirmation from the Supreme Court of Appeal on Tuesday that Motsoeneng’s appeal has been dismissed. However‚ Motsoeneng said he would go to the highest court in the land.

Before the Supreme Court of Appeal‚ Motsoeneng wanted to appeal against the decision by the Labour Court‚ which ordered him and the SABC’s former acting group executive for news and current affairs Simon Tebele to pay the legal costs incurred during the dismissal of seven SABC journalists last year.

The dismissal was associated with a court case on his controversial ban on the broadcasting of protest actions by the public broadcaster. This ban resulted in eight journalists - the so-called SABC 8 - being unlawfully fired at the time. Motsoeneng appealed against the Labour Court ruling earlier this year.

“In view of this confirmation by the Supreme Court of Appeal‚ this court will not offer him any further recourse. This is vindication that the SABC 8 had been fired unlawfully and that Motsoeneng’s actions were unlawful and wrongful‚” Solidarity CEO Dirk Hermann said.

SABC to investigate sexual harassment at the public broadcaster

The SABC is establishing two Commissions of Inquiry that will investigate editorial interference and sexual harassment at the public broadcaster.
News
3 years ago

The SABC spent more than R680‚000 on the travel costs of board members and officials who were supposed to testify before a parliamentary ad hoc ...
News
3 years ago

'Hlaudi Motsoeneng must pay back R43m'

Ooh the DA is on a roll now‚ trying to tally up how much taxpayer cash has been spent on defending people who have since left their top jobs.
News
3 years ago