'Our people are being killed': Cash-in-transit workers to march to legislature 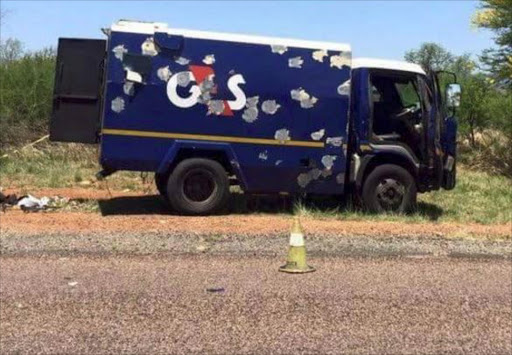 Cash-in-transit workers are planning to march to the Gauteng Legislature on Tuesday.

Hlasinyane Motaung‚ speaking on behalf of the Motor Transport Workers' Union‚ said security officers were calling on government to take action to help them combat a spate of cash heists.

"They must improve‚ standardise and regulate the vehicles ... Our people are being killed in these robberies‚" Motaung said.

Unions in the sector are also demanding that cash-in-transit workers be given more powerful weapons to defend themselves and match the attackers.

Motaung said though the march was initially planned for Monday‚ it has now been postponed to Tuesday.

Participants will meet in Jorissen Street opposite Wits University and will proceed to the Gauteng Legislature in the CBD from 9am. The march is also supported by the Federation of Unions of South Africa.

Meanwhile‚ although the National Union of Metalworkers of South Africa (Numsa) has been granted a certificate of non-resolution to strike at Transnet this coming Friday‚ they are still in talks about it.

"We will first engage our members to get a mandate. We would prefer a meeting with the Transport Minister and board first before resorting to this course of action. In a strike the 'no work‚ no pay' principle applies. Our members don't get paid during a strike and therefore we must exhaust all options before going on strike‚" said Phakamile Hlubi-Majola‚ Numsa spokesperson.

Hlubi-Majola said the union wanted to protest Transnet's refusal to recognise them. Among other things‚ "it disciplined and suspended over a hundred of our members in Bloemfontein for daring to wear Numsa regalia."