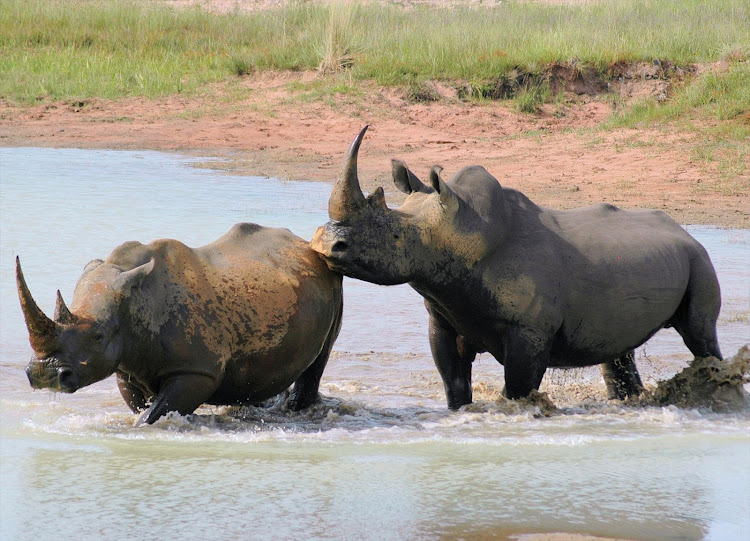 A prominent 54-year-old businessman and his 21-year-old wife will appear in an Mpumalanga court on Thursday for the alleged possession of an illegal firearm and ammunition.

The pair were arrested during a multi-pronged operation related to rhino horn trafficking.

Hawks spokesperson Brigadier Hangwani Mulaudzi said on Thursday that the couple were expected to appear at the Hazyview Magistrate’s Court.

“On Tuesday members of the Hawks with the assistance of Counter Intelligence‚ the Special Task Force‚ the SAPS Forensic Science Laboratory and SanParks conducted an operation relating to the trafficking of rhino horns in Acornhoek‚ Mpumalanga‚” he said in a statement.

“Three premises were searched as part of the operation and [officers] seized a firearm barrel‚ high calibre firearm rounds and a silencer.

“For safety reasons‚ the Hawks reserve the right to divulge more information on the operation pending the conclusion of the probe‚” he added.

By 2016‚ police believed there were two groups behind a spate of rhino killings in the Eastern Cape‚ says former provincial head of detectives ...
News
4 years ago

Three men pleaded not guilty on Tuesday to over 50 criminal charges relating to the poaching and harvesting of the horns of some 13 rhino over five ...
News
4 years ago

The Hawks have arrested two alleged poaching “kingpins” operating out of the Kruger National Park but based in Johannesburg.
News
4 years ago