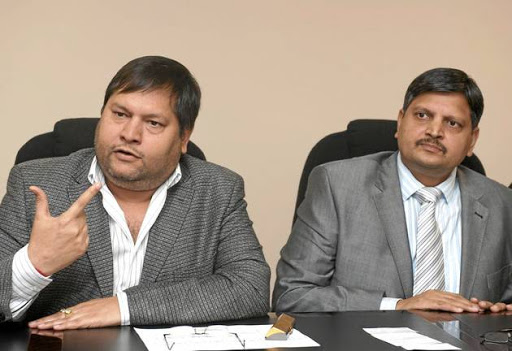 The National Prosecuting Authority has missed its deadline to appeal the unfreezing of R250-million in Gupta properties and cars – but the state is adamant that this doesn’t mean the end of the road for its bid to permanently seize those assets.

The state last month suffered what it described as a “devastating” ruling in the Bloemfontein High Court‚ which wasn’t satisfied that there was adequate evidence connecting these assets to the alleged Estina Dairy Project scam.

Judge Phillip Loubser stated that the evidence that the state relied on was “unreliable” and showed “many shortcomings that remain unexplained at this point”.

The state maintains that the Estina Project‚ which was supposed to empower poor black farmers‚ was a sham that involved fraud and money-laundering. So far‚ however‚ it has struggled to produce evidence that the Guptas were embroiled in this criminality.

And‚ despite indicating that it was unhappy with the Loubser ruling‚ the NPA has not filed a notice that it will appeal it.

“We do have the option of applying for condonation to appeal this judgment if we decide that is what we want to do‚” the National Prosecuting Authority’s Luvuyo Mfaku told TimesLIVE.

“But we are still considering our legal strategy going forward‚ but that is not something that we wish to ventilate in the media.”

Hawks raided the offices of India's Bank of Baroda on Friday and seized documents as part of an investigation into state corruption under former ...
Business Times
4 years ago

Just days after the Guptas won a major legal battle against the state in the Estina Dairy Project case‚ the National Prosecuting Authority has ...
News
4 years ago

And that strategy‚ it seems‚ may include another new application by the Asset Forfeiture Unit to freeze assets it believes are linked to the alleged scam.

That’s clearly what the Gupta’s lawyers believe the Asset Forfeiture Unit is planning.

They’ve already written to the NPA to seek a promise from the state that they won’t bring a fresh asset freezing application without notifying them first. They’ve promised that the Guptas have not disposed of the affected assets‚ and will agree not to do so.

“No dissipation of assets has taken place‚ and there is no reason to proceed ex parte (without notice)‚” lawyer Rudi Krause wrote to the NPA.

“The NPA has in the past manifestly failed to bring pertinent and material facts to the attention of the courts approached ex parte and thus failed in its duty of an ex parte litigant to act with (utmost good faith). That much was confirmed by the Honourable Mr Justice Loubser in his judgement. In the circumstances we trust that it would not be necessary for our clients to be subjected to any further ex parte application(s).”

The NPA would not be drawn on whether it is planning what would be it’s third attempt to freeze Gupta assets. But it has confirmed that the state agreed to a court order allowing Estina scam accused Ashu Chawla to fly to India on 20 June. Gupta nephew Varun Gupta has also been granted permission to fly to India on 3 July.

“The investigating officer was consulted and he agreed that the accused should be allowed to travel‚” Mfaku said‚ “the orders in these matters were made by agreement”.

Court orders Guptas to hand over their luxury jet

The controversial Gupta family has just five calendar days to return their Bombardier Global 6000 jet to Lanseria Airport in Johannesburg after they ...
News
4 years ago

The Guptas and their associates scored a court victory on Monday when the High Court in Bloemfontein unfroze R250-million worth of assets seized by ...
News
4 years ago