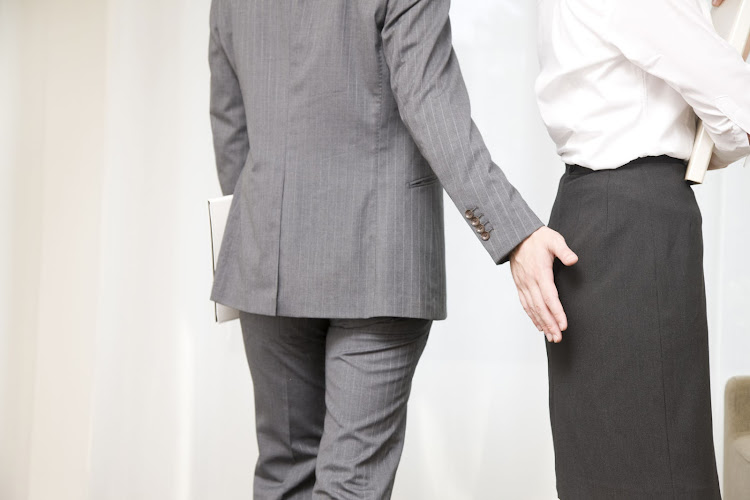 Grant Thornton South Africa added that the allegations would be investigated “as quickly as possible”.
Image: 123rf.com/ PaylessImages

Grant Thornton Johannesburg CEO Paul Badrick has voluntarily stepped aside pending the outcome of an investigation into allegations of sexual harassment levelled against him.

“Allegations against Mr Badrick were made during an investigation by Grant Thornton International Limited (GTIL) following a former director’s claims of sexual harassment against a former Head of Forensics earlier this year‚” the company said in a statement on Tuesday.

The alleged sexual harassment happened in 2015.

The company added that the allegations would be investigated “as quickly as possible”.

Earlier this year the firm cut ties with a former director accused of making sexual advances towards a female employee‚ who alleged he had also touched her inappropriately in the workplace.

The Grant Thornton Johannesburg firm announced on Friday that it has cut all ties with a former director accused of making sexual advances towards a ...
News
4 years ago

The female employee told the Eusebius McKaiser Show on Radio 702 at the time the abuse had left her scared and humiliated. She said her contract had not been renewed after she had laid a complaint.

“I really had to hold back the tears. I was determined not to cry. At one point in the conversation‚ I said this is going to become a ‘he said‚ she said’ situation. I was also encouraged not to take it further.”

The company said in its statement: “We have offered her a meaningful settlement amount for the impact this has had‚ and we have again apologised to her unreservedly.”

Nearly one third (29%) of senior roles in South Africa are now filled by women‚ but it is concerning that one in five local businesses (20%) still ...
Business Times
4 years ago

Gender advancement in workplace worsens in past decade

Women hold less than a quarter (23%) of senior management positions at South African companies and 39% of local businesses do not have any women at ...
News
6 years ago