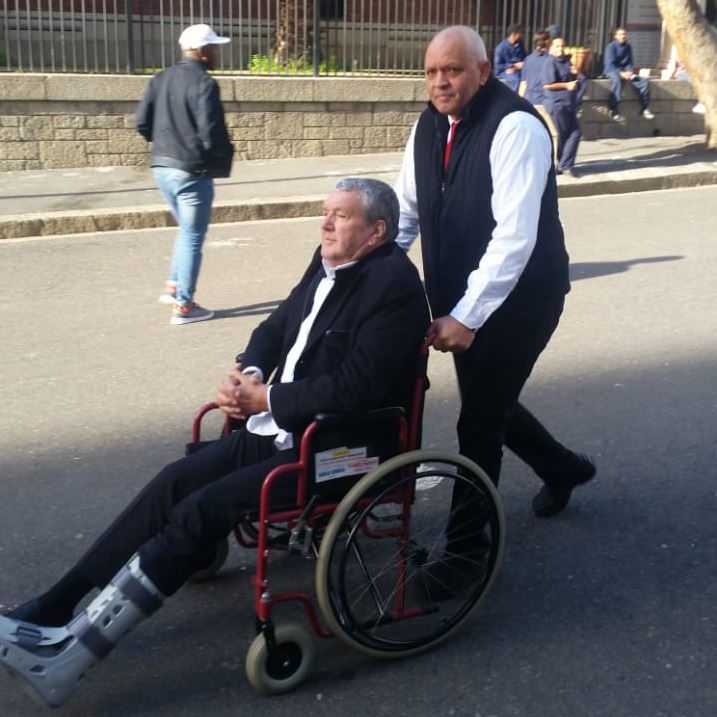 A prosecutor expressed “incredible frustration” on Monday when a war criminal’s extradition hearing was postponed again.

“We are becoming incredibly frustrated‚ but not surprised‚” said Christopher Burke after the Cape Town Magistrate’s Court postponed the case involving the Dutch arms dealer.

Kouwenhoven‚ a Dutch national‚ was arrested in December 2017 after fleeing the Netherlands following his conviction at the International Criminal Court of war crimes during the Liberian civil war.

In a separate high court case‚ he has questioned the legitimacy of his arrest and the handling of his case‚ a matter that his defence argues should be resolved before extradition proceedings can go ahead.

South Africa will not extradite international arms dealer Augustinus “Guus” Kouwenhoven just yet‚ after the 75-year-old Dutchman was absent from Cape ...
News
4 years ago

Burke argued there was a “50/50 chance” that the court would rule in his favour in that matter and that the extradition case should continue‚ as it was unrelated.

Defence lawyers Gary Eisenberg and Anton Katz said Burke’s suggestion that the merits of their defence rested solely on the question of Kouwenhoven’s health were untrue.

“Everything is an issue‚” Katz said about the high court matter‚ adding that if the magistrate’s court proceeded with the extradition trial‚ his client stood to lose his liberty.

“The state says‚ ‘let’s get on with it’‚ but they have taken more than a year to get their acts together. It would be highly inappropriate to continue at this stage‚” he said.

The magistrate postponed the matter until July 15 and extended bail conditions which stipulate that Kouwenhoven report to Sea Point police station three times a week and remain under house arrest.