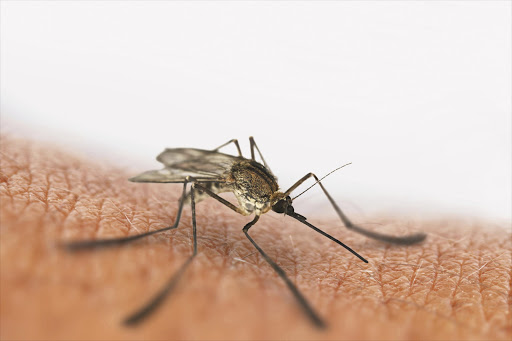 A widespread RVF epidemic occurred in South Africa in 2010-2011‚ with more than 14‚000 animal cases recorded in eight of the nine provinces.
Image: ©Ales_Utovko / istockphoto.com

A fever-causing virus transmitted by mosquitoes‚ especially in wet seasons‚ has been confirmed in four people following an isolated outbreak in sheep on a farm in the Jacobsdal area of the Free State‚ bordering the Northern Cape.

The National Institute for Communicable Diseases identified the Rift Valley Fever (RVF) outbreak in May after a total of 250 sheep deaths and abortions on the farm were documented.

Ten residents and workers who had come into contact with the affected sheep through slaughtering or handling of animal tissues were monitored by the provincial department of health and the NICD.

Six of the eight people had experienced mild symptoms of fever‚ muscle pain or headache in the preceding month. None developed a severe disease that necessitated hospitalisation.

The NICD noted that mosquitoes collected on the affected farm tested negative for the RVF virus‚ “suggesting that active transmission had diminished due to decreased mosquito populations”.

Transmission of the virus is uncommon in colder winter months. It causes outbreaks of abortions and deaths of young livestock – predominantly sheep‚ goats and cattle.

The disease occurs throughout Africa and the Middle East Asia when exceptionally heavy rains favour the breeding of the mosquito vectors. In RVF outbreaks occurring in east or southern Africa‚ humans become infected primarily from contact with infected tissues of livestock or game animals.