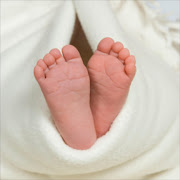 When his mother gave birth to him at a Johannesburg hospital‚ she took only a day before deciding to throw him away.

Mr Samuel Phumane and Ms Mashudu Mavhutha saw the mother‚ and thought her behaviour was suspicious.

They decided to follow her‚ and saw her abandoning the baby on the corner of Rissik and Pritchard streets‚ in the Joburg CBD‚ on a cold winter's evening.

He was born on the morning of Friday June 22‚ and abandoned on the evening of Saturday June 23.

His mother is only 20 years old.

"As sad as the situation may be‚" she was arrested by Johannesburg Metropolitan Police Department officers "moments after the baby was abandoned on the cold street‚" the City of Johannesburg said in a statement.

"Mashudu and Kinsane took care of the baby until he was handed over to Child Protection Service and he is now in safe hands."

City of Johannesburg MMC for Transport‚ Nonhlanhla Makhuba‚ and MMC for Public Safety‚ Michael Sun‚ commended the two drivers‚ together with the JMPD's Inspector Marius Bolsen and Inspector Kinsane Maswanganyi‚ for saving the baby boy.

"We are grateful for the observant‚ quick and caring reaction of Samuel and Mashudu. They have gone beyond their duties as just bus drivers of the City; they are the true heroes of our City. It is through them that Ubuntu is kept alive. We may not know the reasons to why the baby was abandoned but because of them‚ this little person now has a chance at life."