Our cops are being massacred and it's got to be stopped 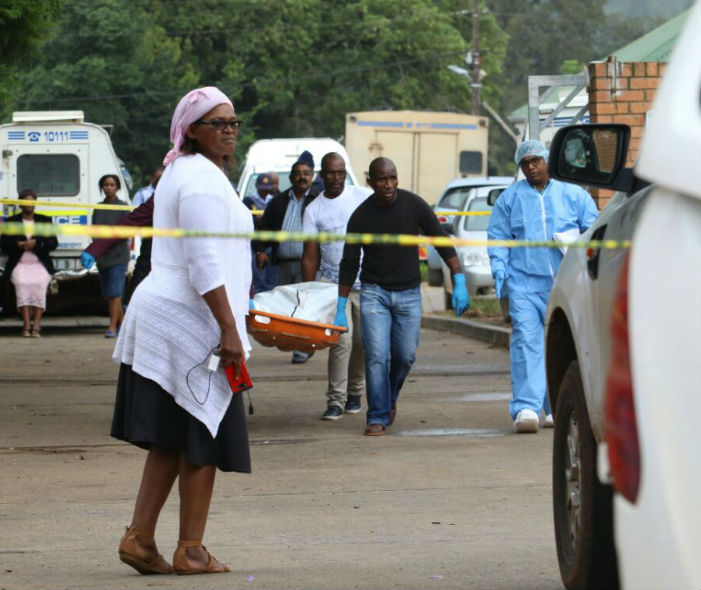 With police officers under attack, questions are being asked on how to protect our women and men in blue. In this picture, officials work on the scene of the deadly raid on the Engcobo police station in the Eastern Cape where five police officers were killed.
Image: Michael Pinyana / Daily Dispatch

A spate of deadly cop attacks has left police and unions reeling.

Questions are now being asked over whether enough is being done to protect and empower officers‚ and how South Africa's communities need to step up and help stop the onslaught.

Criminologist Dr Johan Burger‚ referring to the latest police annual report‚ said that in the past four financial years‚ 325 police officers had been killed – with an average of 81 murdered annually during this period.

He said the most dangerous provinces for police in the 2016/17 financial year were Gauteng and KwaZulu-Natal‚ where 19 officers were killed. The Eastern Cape and Western Cape were next‚ with 10 police members killed.