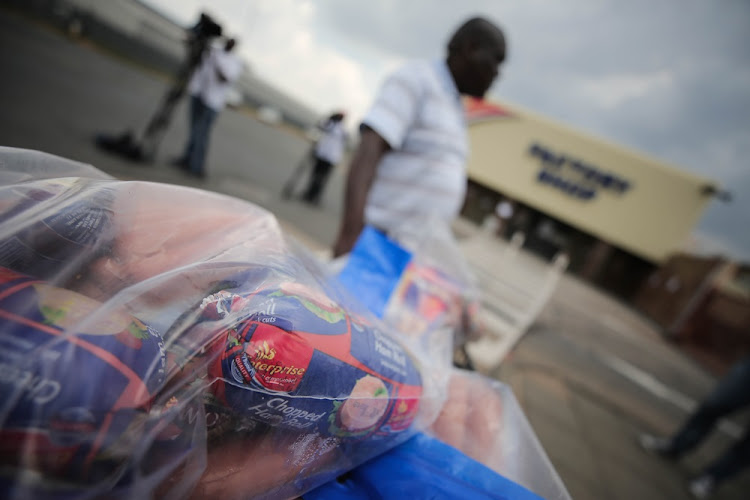 Of the 78 people who got listeriosis after the shock March 4 announcement that the source of the outbreak was Tiger Brands’ Enterprise plant in Polokwane‚ two out of three of those interviewed have revealed that they ate polony.

And brands manufactured by Enterprise Foods were most commonly reported to have been consumed‚ “where brand of polony was known”‚ according to the latest report by the National Institute for Communicable Diseases (NICD)‚ released this week.

It puts the number of confirmed cases of listeriosis at 1‚053‚ with 212 deaths - fewer than five cases a week have been reported for the last four weeks‚ consistent with the dramatic drop in confirmed cases since the outbreak source was announced.

Whole genome sequencing - a form of DNA fingerprinting - has been conducted on samples from more than half of those 78 post-recall cases‚ revealing that 72% were the outbreak strain‚ ST6‚ the others being other forms of Listeria monocytogenes.

More listeriosis cases are expected‚ despite it being almost four months since the recall of implicated processed meats‚ mainly because the products have a long shelf life and‚ as the NICD put it‚ “it is possible that despite the recall some products have not been removed from retail or consumers’ homes”.

The NICD report also reveals that health authorities are inspecting and taking swabs from the 190 facilities manufacturing processed meat operating across the country.

At the time of the recall in early March‚ Enterprise Foods had a 35.7% market share in South Africa’s processed meats industry‚ making it the largest producer of processed meats.

People are still contracting listeriosis‚ but situation in hand - experts

Fewer than five listeriosis cases per week have been reported for the last four weeks‚ the National Listeria Incident Management Team said in its ...
News
4 years ago

Tiger Brands may never know how a strain of bacteria linked by the government to the world’s deadliest outbreak of listeriosis entered its factory.
Business Times
4 years ago

Sales of polony and viennas are reported to have dropped by 70% since March‚ while that of other processed meats are down by 50%.

Meanwhile‚ a mountain of recalled products is still being destroyed. Clearly‚ faced with having to get rid of 3‚667 tons processed meat - the equivalent of 3.6-million 1kg rolls of polony - Department of Environmental Affairs (DEA) officials had to get creative.

A recent NICD report hinted how this would be done when it said: “As of 29 May‚ recalled Enterprise and Snax products have been destroyed by thermal or landfill.”

Pressed to elaborate on the means of destruction‚ a DEA official told TimesLIVE: “The products have either been sent for treatment at a healthcare risk waste treatment facility or a cement manufacturing facility‚ or for controlled disposal at a Class A (hazardous) landfill site.”

Follow-up questions about that cement factory went unanswered for two weeks‚ until Friday.

So it’s been fed into cement-making kilns‚ to be thermally destroyed at high temperatures.

“But it does not go into the cement mix‚” DEA spokesman Albi Modise clarified.

In short‚ the meat is either burnt or buried.

“Special measures and processes are undertaken in this regard to ensure safe disposal so that the material will not further contaminate‚” Modise said.

Theto, 6 months, is about to undergo a third op, all because her mother liked Enterprise polony
News
4 years ago

Concrete fact about dodgy polony: it goes into cement

So now we know what South Africa’s not-fit-for-consumption polony is good for – cement.
News
4 years ago

Tanzania has lifted a ban on South African meat imports that was imposed after a listeriosis outbreak.
News
4 years ago