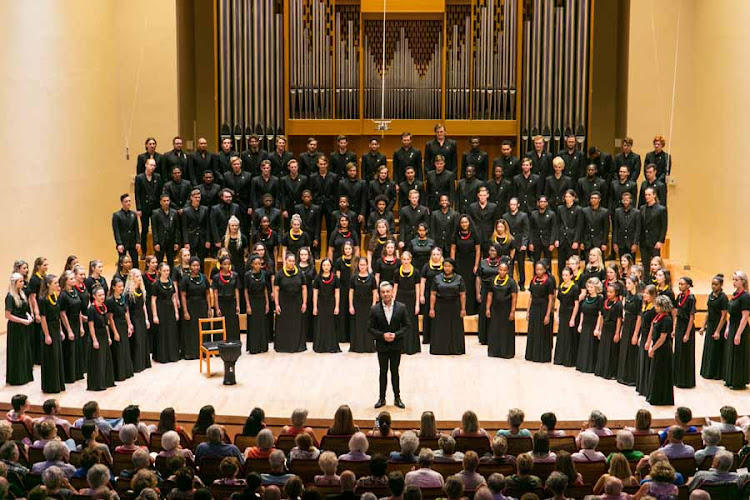 The Stellenbosch University Choir will leave for a concert tour of London and Wales on Friday afternoon.

The tour kicks off on July 1 with a concert at the London Southbank Centre‚ which the university says is Europe’s largest centre of the arts.

From London the choir travels via Bath to Wales where they will take part in the prestigious Llangollen International Musical Eisteddfod from July 5-8. This festival attracts around 50‚000 visitors and 4‚000 participants annually‚ including 150 choirs‚ from across the world.

The SU Choir is one of only four choirs invited to perform in the International Celebration Concert in front of an audience of 2‚000. This concert is the official opening of the Llangollen Eisteddfod.

The SU Choir will also take part in the international parade through Llangollen which sees the participating choirs walk through the city as representatives of their countries. The highlight of the Llangollen Eisteddfod is the Choir of the World competition concerts. The SU Choir will compete in three categories - Youth Choirs‚ Mixed Choirs and Open Choirs.

The 2018 World Choir Games will be held in Pretoria this year. More than 300 choirs from across the world will participate. Because André van der Merwe‚ the conductor of the SU Choir‚ is chairperson of the artistic committee of the Choir Games‚ the choir is not allowed to participate in the competition. It has‚ however‚ been invited to perform as demonstration choir at the Choir Games.

Commenting on their UK tour‚ Van der Merwe said: “For me and the choir there is nothing ‘at stake’ on this tour. My choir members know the result of a competition – win or lose – must never be allowed to determine who you are. We are here for the music. We take part in a competition to challenge our own standards and to perform the music as beautifully as possible. Everything else is a bonus.”

A choir tour like this is a great opportunity‚ said Van der Merwe.

“For every artist it is important to test his work on the international stage. It is a wonderful opportunity for growth to see how your own culturally specific repertoire is received in an international context. We perform interesting music‚ and I am curious to see how audiences respond. The SU Choir will be exposed to international choirs at the top of their game. We will share and learn!”