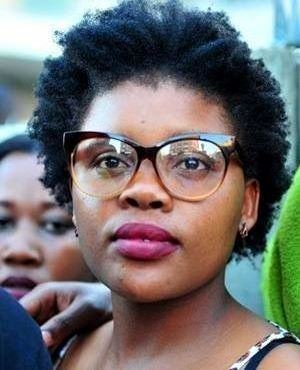 Despite facing a theft charge for allegedly blowing just over R800‚000 of the R14-million erroneously deposited into her student account last year‚ Sibongile Mani was allocated an estimated R100‚000 by the National Student Financial Aid Scheme this year.

While the NSFAS declined to comment about the allocation‚ the Walter Sisulu University accounting student confirmed after her brief appearance at the East London Magistrate’s Court on Monday that she was studying with the scheme’s financial backing.

#OutsourcingMustFall activist and Pan African Student Movement of Azania leader Vusi Mahlangu‚ who was in court with Mani‚ told the Daily Dispatch this proved that Mani was academically deserving of the scheme.

“Yes she has been allocated more funding because she is an excellent student. She qualified for NSFAS again and got it again. The mere fact that she qualified means that she passed‚” said Mahlangu‚ adding NSFAS covered Mani’s accommodation‚ books‚ and food.

Tukwayo said the course costs between R52‚000 and about R90‚000 per year excluding food‚ books‚ transport and accommodation. While Tukwayo‚ NSFAS and Mani declined to divulge the exact value of the funding‚ students close to Mani said the figure was in the region of R100‚000.

NSFAS spokesman Kagisho Mamabolo said: “It is important to note that this is a criminal investigation under judicial consideration‚ therefore we are prohibited from giving details‚ and making any public comments on this matter.”

A Walter Sisulu University student appeared in the East London Magistrate's Court on Tuesday after she accidentally received a whopping R14.1-million ...
News
3 years ago

Parliament’s portfolio committee on higher education and training is pushing for a forensic investigation into how R14-million was paid in error to a ...
Politics
4 years ago