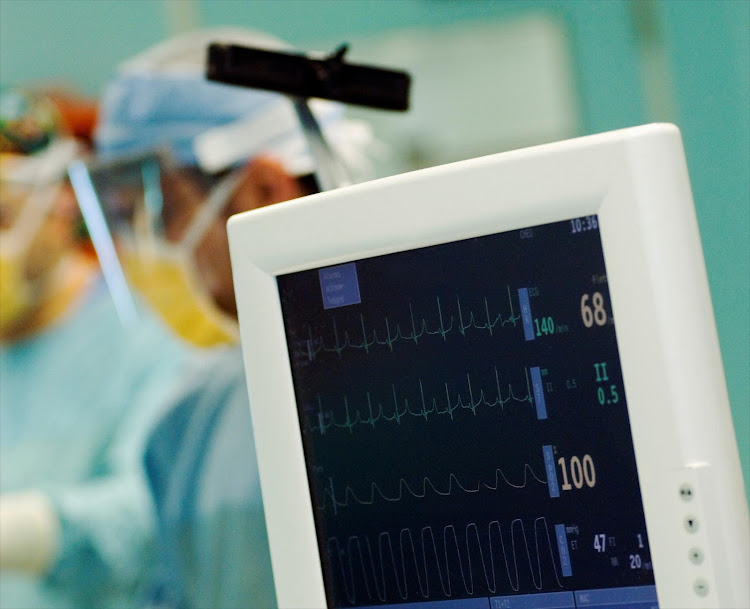 The KZN health department is adamant that people are receiving the care they needed.
Image: Gallo Images/Thinkstock Images

The KwaZulu-Natal health department conceded that there were problems in providing patients with vital eye surgery – but said it was “doing its best” to address backlogs‚ staff shortages and malfunctioning equipment.

And it was adamant that people were still receiving the care they needed.

The department was reacting to a statement released by the DA on KZN on Tuesday‚ which contained a response to parliamentary questions it posed about eye healthcare in the province.

The situation‚ which the DA has described as a “eye health crisis”‚ has resulted in a backlog of 8‚201 patients who are on a waiting list for cataract surgery‚ the cost of which is between R2‚000 and R5‚000 a procedure.

A cataract is a medical condition that clouds the normally clear lens of the eyes. Patients usually experience cloudy vision in mild cases and in more severe case‚ loss of vision.

On Wednesday‚ the department lambasted the DA for its remarks on the issue‚ saying it was “designed to mislead and confuse the public and create unnecessary alarm”.

Half of KwaZulu-Natal’s government hospitals that are supposed to be provide vital eye healthcare to patients have malfunctioning ophthalmology ...
Politics
3 years ago

“Although there are challenges with the shortage of staff that is competent in the performance of this type of surgery‚ the department is doing its best to attract and retain more ophthalmologists‚ optometrists and specialist nurses trained in ophthalmology.

“In some instances‚ due to the high demand for this service‚ machinery does break down. In such cases‚ the machinery is repaired or‚ where feasible‚ replaced.

“There are currently only five machines that are dysfunctional‚ and that these are in the process of either being repaired or replaced‚” the department said in response to questions from TimesLIVE.

It added that to help mitigate the impact of the challenges it faced it worked closely with NGOs like the Eskom Health Bus‚ Brien Holden Vision Institute‚ Zimbali Rotary Club and Al-Imdaad Foundation.

“The department is also in the process of having memorandum of understanding with private health facilities such as Mediclinic‚ Midland Medical Centre‚ Daymed Hospital‚ and Life Hilton Private Hospital.

“From the start of the 2016/2017 financial year to date‚ no fewer than 6‚616 cataract surgeries have been conducted throughout KwaZulu-Natal‚ at 11 district hospitals – including the department’s flagship McCord Provincial Eye Hospital‚” the department said.

The Health Funders Association (HFA) is hopeful that a new report into the private healthcare sector‚ which will be released on Thursday‚ will serve ...
News
3 years ago

All well and good‚ Motsoaledi‚ now where are your doctors?

Health Minister Aaron Motsoaledi says there are at least 15 oncology machines worth R40-million each waiting to be used at public hospitals – but he ...
Politics
3 years ago