The Americans have landed and are here to hound poachers 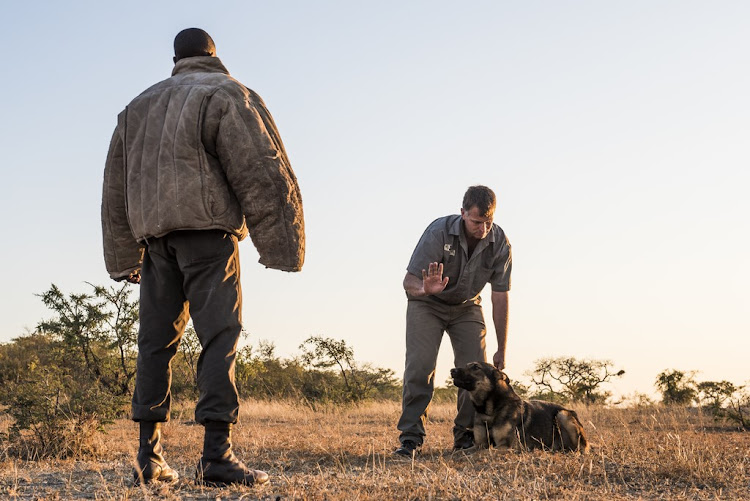 The Americans have landed‚ and they are here to hound poachers.

On Tuesday‚ 10 counter-poaching dogs arrived at the O.R. Tambo International Airport in Johannesburg from Texas.

These crossbreeds are trained‚ free-running pack dogs that will join the K9 Unit at the Southern African Wildlife College (SAWC) to help stop poaching. The SAWC was established in 1966 and is about 10km west of the Kruger National Park. It offers conservation education and training.

SAWC CEO Theresa Sowry said: “Our early successes with free-running pack dogs have shown us how effective they are in the field. These dogs are also trained in apprehension work and will actively help rangers stop poachers in their tracks.”

Tracker dogs on leashes are often used to counter poaching‚ but pack dogs that are not on leashes are relatively new. Their top speeds can reach around 40km/h over short distances and they can cover 30km in two hours.

SAWC wants to deploy these dogs to hold poachers at bay while waiting for rangers to arrive.

“When I found out what is really going on in southern Africa – how serious and destructive the poaching crisis is – I thought‚ if I can do something to help‚ I’m going to do it‚” Texas houndsman Joe Braman said.

He has 35 years’ experience working with dogs to help wildlife conservation.

“Adding tracker dogs to the field ranger teams has really changed the game‚ but as their successes increase‚ so to do the risks they face."

Lions on the Sibuya Game Reserve outside Kenton-on-Sea in the Eastern Cape are believed to have killed a suspected rhino poacher who was attempting ...
News
3 years ago

Environmental monitor Phakamani Nyawo (26) based at Umkhuze Game Reserve in KwaZulu-Natal is one of 1 659 monitors who have been entrusted by South ...
Features
3 years ago