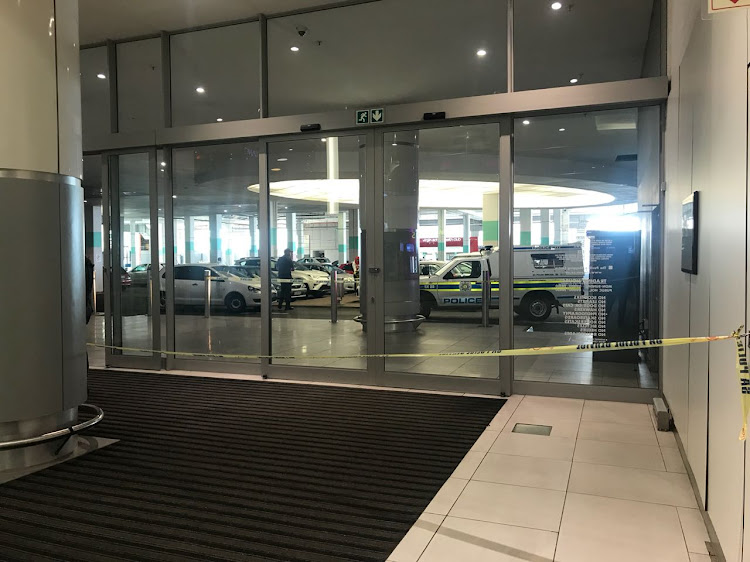 Police and bomb technicians have cordoned off a parking structure at the Pavilion shopping centre in Durban after a “suspicious device” was spotted in a corner of the parking lot on July 9 2018.
Image: Jeff Wicks

A "suspicious device" was discovered in an underground parking lot in the Pavilion Shopping Centre in Durban‚ forcing a partial evacuation of the structure on Monday morning.

This is the latest in a string of discoveries of suspicious devices in recent days - several of them causing fires.

TimesLIVE was on the scene of the latest device discovery on Monday.

Police and bomb technicians had cordoned off the parking structure after a manager noticed a device with wires protruding from it in one of the corner.

Police sources confirmed the discovery of the device‚ which was found near the mall's food court and gym.

Meanwhile‚ no arrests have been made in a string of bombings across Durban which have seen Woolworths outlets targeted over several days.

In the latest in a string of bombings in Durban‚ explosive devices were planted and detonated on the fringes of the Vodacom Durban July on Saturday ...
News
3 years ago

On Monday‚ police spokeswoman Captain Nqobile Gwala said that their investigations were ongoing and no arrests had been made.

In the latest in a string of bombings in Durban‚ explosive devices were planted and detonated on the fringes of the Vodacom Durban July on Saturday night.

On Thursday last week two similar devices‚ one planted in the Gateway outlet and the other in the Pavilion‚ were detonated‚ causing fires.

The Gateway outlet was evacuated on Saturday when a pipe bomb was found and later defused by bomb technicians.

It is understood that careful examination of the devices‚ as well as close scrutiny of the CCTV footage from the malls would be at the heart of the investigation.