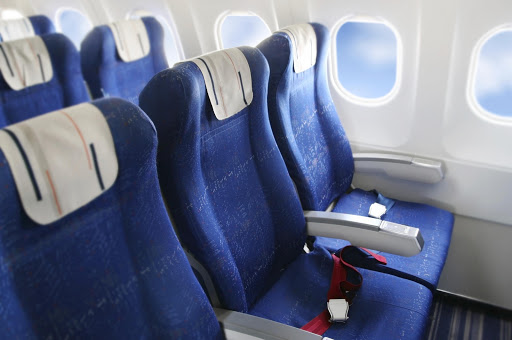 There are seven main "types" of people who leave their home countries for foreign destinations. South African expats tend to fall into two of these groups.

People from Mzansi are generally either “Optimizers” or “Travelling Spouses”‚ according to the latest Expat Insider 2018 research by InterNations‚ which is based on the insights of more than 18‚000 expats living in 187 countries and territories.

South Africans rank fourth in the top 10 nations most likely to be Optimizers (at 24%) and fifth in the Travelling Spouse category (13%).

“Optimizers simply search for a better life abroad. They value a good work-life balance and find it easy to settle in‚” explained InterNations.

Over half (55%) are likely to stay abroad forever.

It’s a gloomy fate for travelling spouses‚ who struggle to adapt abroad. “They often face poor career prospects and many are likely to return home at some point‚” said InterNations.

Before relocating‚ many Optimizers expected an improvement of their general living standards (78%)‚ personal safety (65%)‚ the climate and weather (62%)‚ the cost of living (58%)‚ healthcare standards (53%) and the political situation (36%).

And it seems like their plans have worked out. The Optimizer is the expat type most satisfied with life abroad (83% positive ratings vs. 75% worldwide).

InterNations said close to nine in 10 Optimizers (88%) feel safe abroad (vs. 82% globally)‚ and 74% are satisfied with their financial situation (vs. 67% globally).

Of those in permanent jobs‚ they have slighter shorter full-time working hours (43.4 hours vs. 44 hours globally). Close to three in five (58%) believe that their current income is higher than what they would get in a similar job back home (vs. 53% globally).

Here's how the taxman will come after South African expats

If you have a good job overseas‚ living in a country where the tax rate is 25%‚ but your salary falls into South Africa's 45% tax bracket‚ the taxman ...
News
4 years ago

Travelling Spouses‚ however‚ are often isolated at home and find it difficult to cultivate new friendships.

“In fact‚ 41% are unsatisfied with their career prospects‚ compared to 25% globally‚” said InterNations.

“In addition to frequently unsatisfying careers‚ Travelling Spouses also struggle with settling in abroad on a personal level.

“One-third (33%) does not feel at home in the local culture‚ nine percentage points more than the global average (24%). Moreover‚ 20% believe that they will never feel at home in their current country of residence‚ which is the highest share among the seven expat types. Almost one in three (32%) find it hard to make new friends abroad‚ and an even higher share has difficulty making local friends in particular (48%). Both results are above the global average.”

The prospects are brighter for the Go-Getter and the Foreign Assignee‚ who move abroad for work-related reasons and dedicate a lot of time to their job.

Ten percent of Go-Getters hold a PhD‚ 45% graduated with a master’s degree and 33% have a bachelor’s degree. In their new country of residence‚ they mainly work in education (16%‚ including language education)‚ IT (12%) and manufacturing-engineering (9%).

Spending 44.7 hours per week at full-time jobs‚ Go-Getters are slightly busier than the global average of expats (44 hours).

Putting work first might have an impact on their personal life: close to one-quarter of Go-Getters in a relationship (24%) are currently not living in the same country as their partner. This is the highest share among all expat types and twice the global average (12%).

Moreover‚ more than two in five (41%) find it hard to make local friends.

Nonetheless‚ 64% are satisfied with their working hours (vs. 62% globally) as well as with their career prospects (59% vs. 55% globally).

Foreign Assignees work the longest hours‚ with an average of 46.1 working hours per week.

Close to three in five Foreign Assignees (58%) think it is likely that they will return home at some point (vs. 43% globally)‚ again the highest share out of all expat types.

“While this might be due to the fact that they were sent abroad by their employer for a limited time only‚ close to a quarter of Foreign Assignees (23%) also do not feel at home abroad yet‚ and another 17% do not think they ever will‚” said InterNations.

“It is part of my job‚” said a Portuguese expat living in Mozambique. “I adapt in order to fulfil my work requirements.”

InterNations explained: “Maybe they struggle with settling in because they miss their significant other. More than one in five Foreign Assignees who are in a relationship (22%) do currently not live in the same country as their partner. After the Go-Getter‚ this is the second-highest share out of all expat types.”

OTHER TYPES OF EXPATS

On a positive note‚ settling down seems to be easy for the adventurous Explorers‚ who move abroad for a personal challenge. The study found that “they find it easy to make friends and appreciate the options for socialising abroad”. However‚ they are not always happy with their career prospects.

Romantics often make an effort to learn local languages and so while their romantic relationships do not necessarily last - 12% of them are currently single - the Romantic is most likely to be friends with mainly local residents (38%) out of all expat types. Unfortunately‚ their job situation is often unfavourable.

Students are on average 32 years old‚ dissatisfied with their income level but highly educated and the most likely to speak the local language very well. They’re very likely to work in education themselves‚ or in IT.