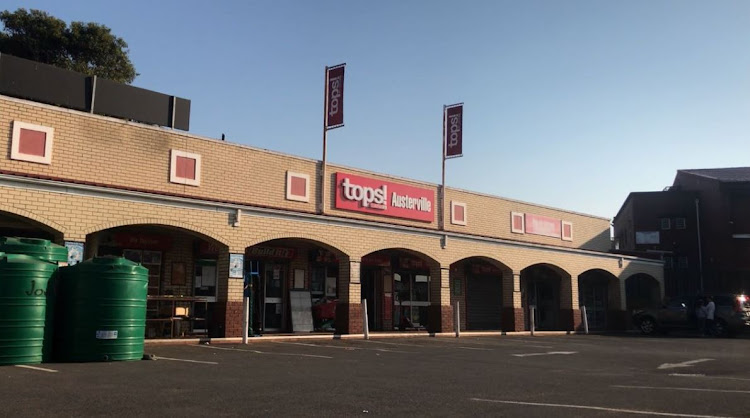 A black plastic bag was found by the bomb squad in this Wentworth Spar following a bomb threat on July 9, 2018.
Image: Jeff Wicks

The people who planted a suspicious device inside the Spar in Durban’s Wentworth suburb had demanded a ransom – and used a 10-year-old boy to deliver a chilling message that there was a bomb hidden somewhere in the busy shop.

Well-placed police sources‚ who spoke to TimesLIVE on condition of anonymity‚ said that the boy had been sent to the Spar by persons unknown.

Video footage of an explosion at what is believed to be Wentworth Spar. Police confirmed that a suspicious package was examined but insist it was not an explosive device @matthewsavides @TimesLIVE pic.twitter.com/czL4IoND9u

The child had given the manager on duty a brown envelope containing a bullet and a handwritten letter with instructions to place money in a bag and leave it outside the shop and not to call the police. If the manager failed to do this‚ the letter said‚ the bomb set inside the store would explode.

It is understood that the store manager had taken the boy and the letter to the Wentworth police station‚ prompting a reaction from police who descended on the shop and cleared it of customers.

The police’s explosives unit was then called in and during a sweep of the shop‚ guided by the keen nose of a search dog‚ found a black plastic bag near the tills at the entrance of the spar.

The parcel was destroyed by the Unit in a controlled detonation‚ sending shockwaves through the neighbouring homes.

Police spokesman Brigadier Vish Naidoo said that the explosives unit was called to the scene to examine a suspicious device‚ but that it proved to be “negative”.

He issued the following warning: “We view these threats in a serious light and people caught can be criminally prosecuted.”

The device would be the sixth after a series of devices were discovered at shopping malls and parked cars in the past five days.

At the weekend‚ two devices planted beneath parked cars on the fringes of the Durban July were triggered‚ causing minor fires.

On Thursday last week two similar devices‚ one planted in the Gateway outlet and the other in the Pavilion‚ were detonated‚ causing fires.

The Gateway outlet was evacuated again on Saturday when a pipe bomb was found and later defused by bomb technicians.

Six explosive devices have been planted at various locations around Durban in the past few days, targeting popular shopping malls and social events. Here is what we know so far about these devices.

WATCH | Durban bomb mystery: What we know so far

Six explosive devices have been planted at key locations around Durban in a matter of days, with prominent shopping malls and social events the ...
News
3 years ago

A night of horse racing and revelry turned to horror for Thebe Mochochoko after he and a friend became the latest targets in a string of Durban ...
News
3 years ago

A "suspicious device" was discovered in an underground parking lot in the Pavilion Shopping Centre in Durban‚ forcing a partial evacuation of the ...
News
3 years ago