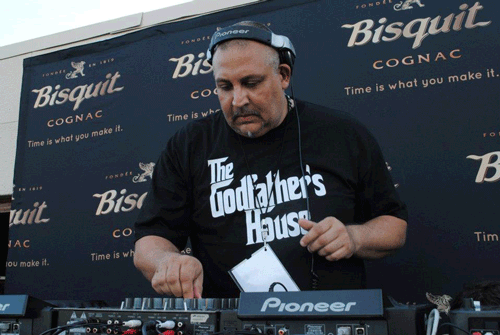 DJ Godfather and his “bookkeeper” wife say they will plead not guilty to charges of dealing in drugs.

Former Good Hope FM DJ Dino Michael and his wife‚ Janine‚ appeared on Thursday in Cape Town Magistrate’s Court and said in affidavits they rely on each other for financial support. Janine said for the past four years she had been Michael’s bookkeeper.

Until shortly before his arrest in April at his Tamboerskloof home‚ Michael earned R8‚000 a month playing house music every Saturday on Good Hope FM under the name DJ Godfather.

The court was told he drives a Mercedes Benz ML500 while Janine drives an Audi A3‚ and their lawyer‚ Pete Mihalik‚ said Michael also made money from freelancing as a DJ. When he was arrested‚ he had just signed a contract to be the resident DJ for Chinchilla rooftop bar in Camps Bay.

The couple were taken into custody at their home on April 18‚ and Hawks investigators seized party drug MDMA worth R4.6-million and cocaine‚ as well as R300,000 in cash.

The couple are out on bail and their case was remanded until August 7.

A former SABC radio DJ and his wife appeared in court in Cape Town on Thursday after drugs worth R2.6-million were allegedly found at their home.
News
4 years ago