Government is failing the poor: SAHRC 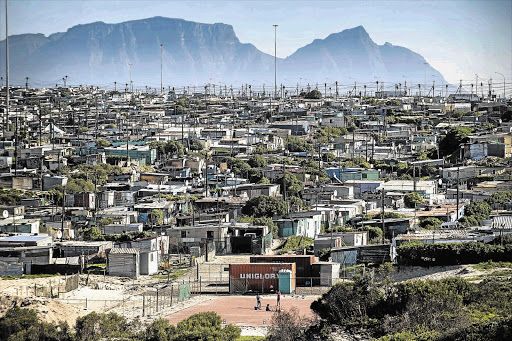 The South African Human Rights Commission (SAHRC) on Thursday released a scathing report on the government's failure to address inequality and poverty.

The organisation’s Equality Report for 2017-2018 evaluated the government’s programme of radical socio-economic transformation from a rights-based perspective.

It found that the government’s increase of VAT to 15% earlier this year “seriously threatens the human rights of the poor and is not constitutionally justifiable.”

One of the key findings was that the Employment Equity Act’s definition of “designated groups” and the country’s system of data disaggregation is not in compliance with constitutional or international law obligations.

“The implementation of special measures in the employment equity sphere is currently misaligned to the constitutional objective of achieving substantive equality - to the extent that implementation may amount to rigid quotas and absolute barriers‚ as opposed to flexible targets‚” the report states.

“This practice may inadvertently set the foundations for new patterns of future inequality and economic exclusion within and amongst vulnerable population groups‚” it goes on to say.

Disabled people are particularly at risk of exclusion‚ warns the report. “Government policy and conduct consistently neglect persons with disabilities‚ who constitute approximately 7.5% of the population.”

The report found that the wealthiest 10% of South Africa's population earns seven times more than the bottom 40%. It advised that attention be placed on redistributing the “extreme wealth” accumulated by the very few at the top.

During a briefing about the report on Thursday‚ the commission’s CEO Tseliso Thipanyane said 10% of South Africa’s population owns 90% of the country’s wealth.

Elaborating‚ Thipanyane said about 60% of South Africa’s black population live in poverty‚ while only one percent of the country’s white population falls into the same economic bracket.

There is a direct link between billions lost through irregular‚ fruitless and wasteful expenditure at municipalities and violent protests sweeping ...
Politics
2 years ago

The provincial government must publicly account for the "continuing appalling state of many schools in the Eastern Cape"‚ the South African Human ...
News
3 years ago

The South African Human Rights Commission has subpoenaed the Minister of Social Development‚ Bathabile Dlamini.
Politics
3 years ago
Next Article