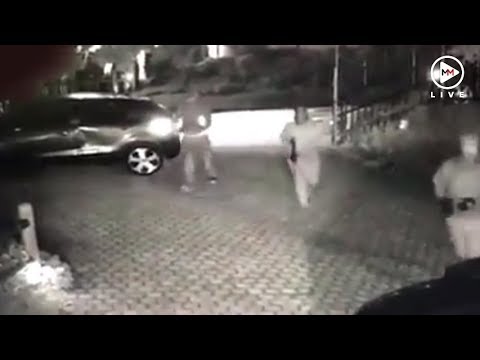 CCTV footage captured the moment a large group of armed men tried to break into a Durban home.

In the video, several men can be seen running to the entrance of the house through what appears to be an open gate. Less than a minute later the gang can be seen fleeing, though it's unclear why.

The unsuccessful robbery reportedly took place in La Lucia at the end of June.