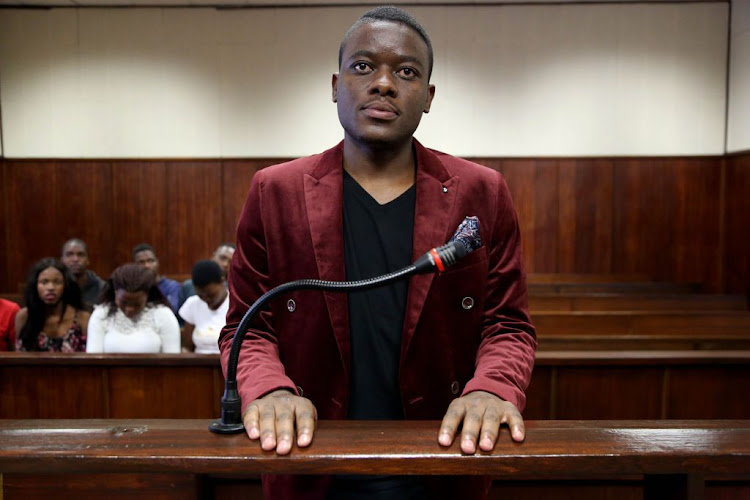 It was a day of high drama in the Regional Court where Durban University of Technology (DUT) and Fees Must Fall activist Bonginkosi Khanyile started his three-day trial on Tuesday.

Earlier in the day‚ Khanyile's case got off to a rocky start when his legal aid lawyer‚ Avinash Bissessor‚ announced he was withdrawing his services and Khanyile earned the wrath of magistrate Siphiwe Hlophe when he attempted to have the trial postponed.

Khanyile's lengthy charge sheet includes incitement to commit public violence‚ illegal gathering‚ obstructing traffic‚ causing a nuisance on public roads‚ possession of explosives and the possession of dangerous weapons - a slingshot that Khanyile became known for during Fees Must Fall protests at DUT in 2016.

However‚ after an adjournment the matter proceeded with Bissessor back in court.

But it was not long before Hlope became frustrated with Khanyile who initially didn't want to plead.

After prosecutor Nkululeko Msiya read out Khanyile's 13 count charge sheet and Hlope asked Khanyile how he intended to plead‚ the bachelor of technology public administration graduate said: "I am uncomfortable‚ I feel cornered."

Yet another lawyer has fallen out of favour with Fees Must Fall activist Bonginkosi Khanyile.
News
3 years ago

Frustrated by Khanyile's "arrogance" the magistrate cut him off saying: "If you aren't happy with any order made against you by the court you can appeal it after."

Eventually the magistrate entered a plea of not guilty as per the Criminal Procedure Act.

The state said that they would be proving Khanyile’s guilt through eyewitnesses’ testimonies - which would include those of members of the police and expert evidence that would prove that the slingshot allegedly used by Khanyile was a dangerous weapon.

Using the 2016 Fees Must Fall movement as a contextual backdrop to Khanyile’s case‚ senior prosecutor Roshiela Benimadho called state witness Captain Fernandez Luke of the Durban Metro police to testify. He gave evidence on the Public Gatherings Act‚ and how the various student protests that had taken place at DUT had been in contravention of the act.

Luke’s testimony was followed by that of policeman Warrant Officer Shaun Robins‚ one of Khanyile's arresting officers. Robins‚ who is stationed with the Public Order Policing unit‚ gave insight into the DUT protests.

"We were hit with stones and rocks‚ anything they (protesting students) could pick up and throw at us. Our police vehicles were damaged by stones."

Khanyile’s defence is that although he was present at the protest‚ he didn't commit the crimes. The trial will resume on Wednesday.

We should have had free education 10 years ago‚ says Zuma

Former president Jacob Zuma says free tertiary education should have been implemented in South Africa more than a decade ago - and if it had been‚ ...
Politics
3 years ago

Fort Hare University calls off exams due to Nehawu protest

The University of Fort Hare in the Eastern Cape has had to cancel what it hoped would be the last leg of their mid-year examinations.
News
3 years ago