But SA Defence Force has poured cold water on the allegations 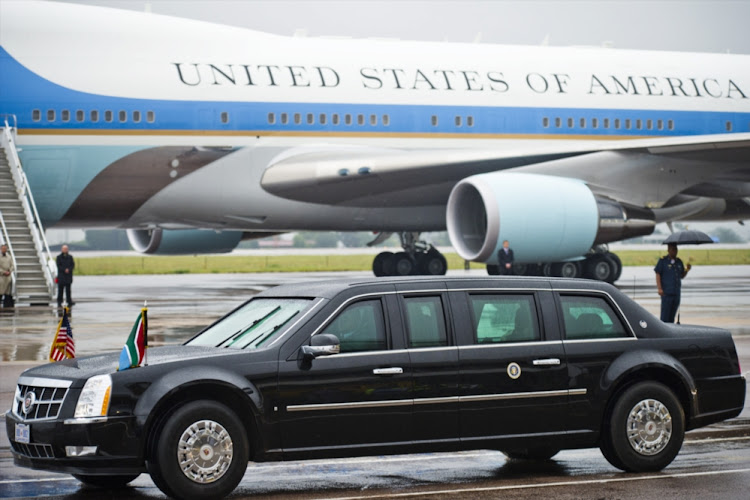 A secret US document has claimed that South Africa's military briefly "lost control" of its airspace when heads of state arrived in the country to attend former president Nelson Mandela's memorial service in December 2013.

But the SA National Defence Force has denied the allegations, contained in a series of redacted intelligence documents made public by the Washington-based group Property of the People on Wednesday to mark the 100th anniversary of the birth of Nelson Mandela.

The cache of documents‚ dubbed “The Mandela Files”‚ was obtained after years of litigation and appears to show how US intelligence agencies monitored Mandela and events around the former statesman‚ even after his release from prison.

A Defence Intelligence Agency memo‚ circulated as an “information report” that had not been finally evaluated‚ dated December 2013‚ claimed that the South African Air Force had become “overloaded” and briefly “lost control” of their airspace over Waterkloof Air Force Base during the influx of heads of state who jetted in for his memorial service.

US intelligence agencies continue to monitor Nelson Mandela as a potential Communist menace even after he was released from prison.
News
4 years ago

“The SA Air Force lost control of the airspace of the Waterkloof AFB on the morning of December 9 [2013] and had difficulties in managing the influx of Heads of State aircraft for the memorial service for Nelson Mandela‚” the memo said.

The SANDF however‚ has poured cold water on the claims.

"The management of the airspace and parking of aircraft at Air Force Base Waterkloof and other designated airfields was done according to a well-coordinated and executed plan during the funeral service of Mr Nelson Mandela‚" said Brigadier-General Mafi Mgobozi on Thursday. "There was no unauthorised parking‚" he added.

"The documents‚ which are apparently circulated‚ are not intelligence nor finally evaluated. They are treated as information‚" he added.

The memo reads: “Over 90 Heads of State arrived at Waterkloof AFB from December 8-9 2013 for leaders to attend the December 9 2013 memorial service for Nelson Mandela. Due to prior poor planning from the government on the preparation and execution of the events to honour Mr Mandela after his passing‚ the SAAF was not prepared to receive so many (heads of state) aircraft in a short time span.”

The notification stated that “all aircraft‚ regardless of being HOS (heads of state) or not‚ needed a landing clearance prior to landing”.

"However, between approximately 2am and 6am local time, several aircraft entered Waterkloof airspace without clearance.

Former US president Barack Obama says there has been a reversal of the gains of freedom and democracy that swept the globe at the time former ...
Politics
4 years ago