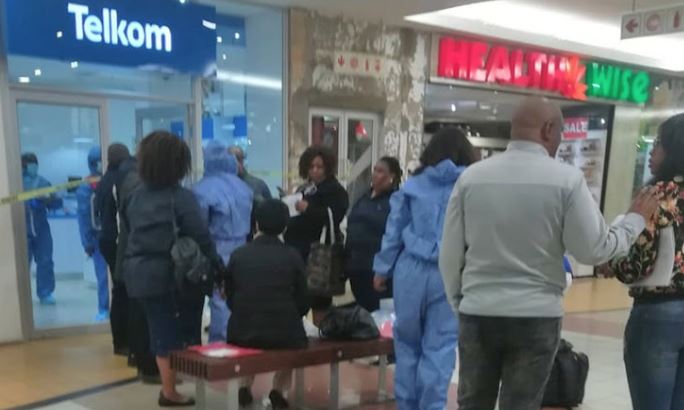 Two of East London’s biggest malls – Vincent Park and Hemingways – were hit by a gang of armed men on Thursday.

There was speculation that the same gang – said to be seven strong – hit both malls. However‚ this could not be confirmed by police.

Customers and staff were locked in a store in one of the heists‚ while at the other a person was seen through the shop window being treated by paramedics.

A Telkom mobile store was the first target for the day at Vincent Park mall as the gang forced their way into the store and made off with an undisclosed number of the latest mobile devices.

The Incredible Connection Store in Hemingways mall was also robbed by a gang believed to number around seven later that afternoon.

The Dispatch arrived 30 minutes after the Hemingways robbery and the store was closed. Staff looked shocked and did not want to speak. One person was seen receiving medical attention from two paramedics inside.

Earlier in the day‚ police spokesman Captain Mluleki Mbi‚ commenting on the Telkom heist‚ said police were investigating a case of business robbery.