One killed‚ two injured in collision between truck and car 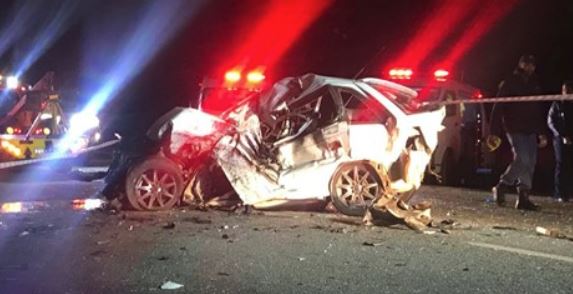 Accident scene where a truck collided with a car on the N12 in Fochville.
Image: ER24 via Facebook

One person was killed‚ and two others sustained injuries ranging from minor to serious when a truck and a car collided on the N12 in Fochville in Gauteng on Friday night.

“When ER24 paramedics arrived on the scene shortly before 9.30pm‚ they found one patient walking around on the scene. He had sustained minor injuries. Two others were found to be entrapped in a vehicle. The fire brigade had to extricate both patients using the jaws of life.

“Upon further assessment‚ it was found that one person sustained fatal injuries and was declared dead at the scene. The other patient had sustained serious injuries‚” said ER24 spokesperson Ineke van Huyssteen.

She said ER24 and the provincial EMS had transported the injured victims to hospital for further medical care.

In a separate accident on Friday evening‚ about 20 people were injured when a taxi rolled on William Nicol Drive in Bryanston‚ Johannesburg.

ER24 spokesman Russel Meiring said ER24 paramedics‚ along with several other sources‚ had arrived on the scene to find the taxi lying on its roof on the side of the road.

“Several people were found scattered around on the scene while one patient was found entrapped inside the vehicle.

“Rescue services had to use specialised rescue equipment to free the trapped patient from the vehicle.

“Upon closer inspection‚ paramedics found that approximately 20 people had been injured. Three had sustained critical injuries while the remaining patients had sustained minor to moderate injuries‚” Meiring said.

“Paramedics treated the patients and provided the critically injured with advanced life support interventions. Once treated‚ the patients were transported to nearby hospitals for urgent treatment.”