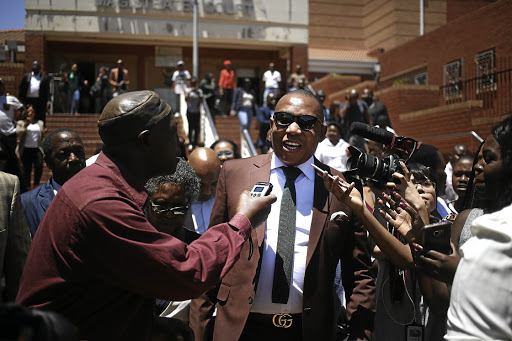 Former Deputy Minister of Education Mduduzi Manana will not be prosecuted for allegedly assaulting his domestic worker.

“Basically there are no prospects for success‚” said National Prosecuting Authority spokesperson Phindi Mjonondwane on Monday.

“The version of an independent eye witness who was allegedly present at the scene does not corroborate the version of the complainant‚” Mjonondwane said.

TimesLIVE revealed a recording in May in which Manana was heard pleading with his domestic worker‚ saying he was “willing to do anything” to make the case go away.

In the conversation‚ recorded under a tree at the Douglasdale police station in Johannesburg where Christine Wiro had opened a case of assault against Manana‚ he could be heard speaking in a soft tone‚ begging Wiro to tell the station commander that she was not pursuing the case.

“That does not end our relationship but it continues. That is the consolation I’m trying to get into. Look‚ mama‚ I know that you worked just for two weeks but I am willing‚ just for humiliation‚ to give that consolation. Then we can still continue with our relationship.”

The Commission for Gender Equality has stepped in to help Christine Wiro‚ the former domestic worker of ANC MP Mduduzi Manana who accused him of ...
News
3 years ago

In Parliament, the wheels of justice turn slowly
News
3 years ago

After he said this‚ Wiro’s son‚ Mpho‚ appeared and a family friend started to speak to him.

“You know what‚ at the end of the day it is up to you and your mom because it is something that will help you in your life. It has to come from you‚” the friend told Mpho.

Contacted for comment at the time‚ Manana turned the tables‚ saying the audio clip showed that Wiro was attempting to extort R100‚000 from him.

“This is after they said to me‚ ‘What are you going to do for us?’ So I said‚ ‘Well‚ I am willing but let us ensure that this case is done away with.’ But they proposed the amount and I said‚ ‘Fine‚ I will offer that‚’” said Manana.

He accused the family of leaking the recording to suit their side of the story.

Wiro told TimesLIVE at the time that she had opened a case of assault and crimen injuria against Manana after they had an argument and he allegedly pushed her down the stairs. She then quit and went directly to the police to open a case against him.

A few hours later‚ police said the case had been withdrawn. Manana had said he intended to pursue a case of extortion against Wiro‚ accusing her of blackmail.