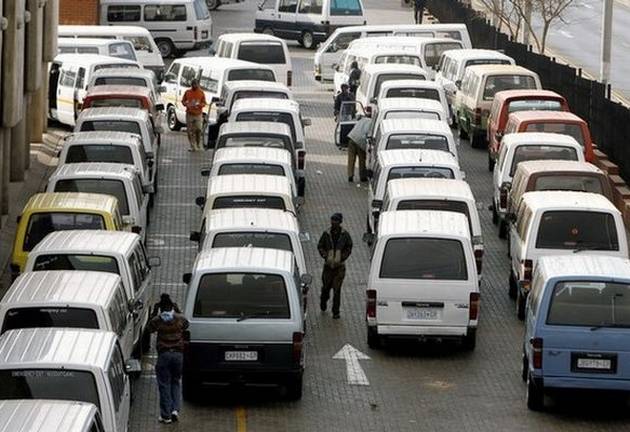 11 people linked to a Gauteng-based taxi association were gunned down while travelling in a minibus taxi between the towns of Colenso and Weenen. File photo
Image: SIPHIWE SIBEKO

The committee was reacting to the latest incident in which 11 people linked to a Gauteng-based taxi association were gunned down while travelling in a minibus taxi between the towns of Colenso and Weenen on Saturday in KwaZulu-Natal.

The ambush occurred when members of Ivory-Park Taxi Association were returning home after attending the funeral of a colleague in Ematimatolo. Four people were also critically wounded when gunmen opened fire on the vehicle.

Committee chairperson Francois Beukman said: “While the committee is cognisant that a proper investigation would need to be undertaken to ascertain the firearms utilised in perpetrating these crimes‚ it is almost certain that illegal firearms were used.

“These firearms must be removed from our streets to deal effectively with crime.”

He said the committee had on numerous occasions highlighted that in order to deal with crime effectively there was a need to eliminate illegal firearms.

“The safety strategy of the taxi industry is also necessary in the context as a large number of people who depend on this service as well as the impact these crimes have on innocent families.”

He said the incident was “a further indication that violence in the taxi industry has now reached crisis levels in the country and a multi-sectoral intervention strategy must be implemented to effectively deal with this scourge.”

The committee welcomed a 72-hour deadline given by National Police Commissioner General Khehla Sitole to a team of investigators to trace and arrest the killers.