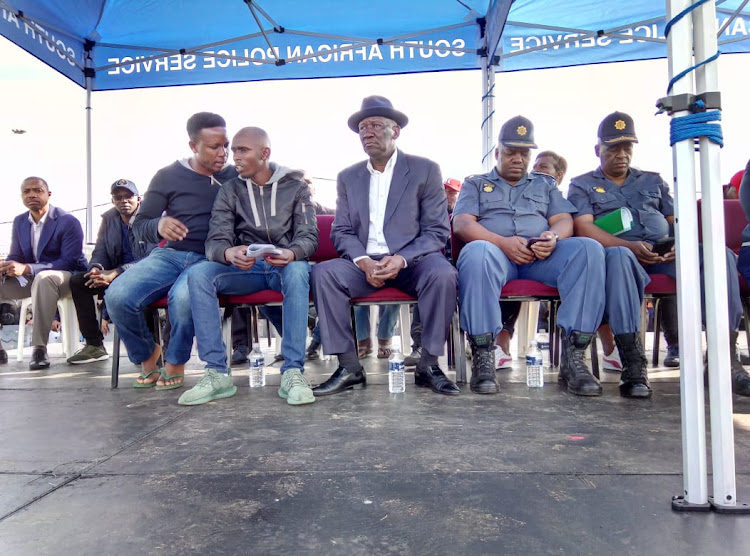 Protest leaders in Hermanus accused Police Minister Bheki Cele of using underhanded tactics in an attempt to bring peace to the town.

Community members said riot police entered Zwelihle before dawn on Saturday and fired rubber bullets at any male who was out on the streets until they found the protest leaders they were seeking‚ some of whom were arrested on charges relating to the theft of police firearms.

After being booed on Friday by residents angry over what they called brutal police action‚ a speech by Cele in Zwelihle on Tuesday seemed to pacify the 10‚000-strong crowd.

The minister received a memorandum from community leaders and said the next step would be to get other government departments involved in trying to resolve unrest which started three weeks ago.

As he left‚ public order police units were setting up a sand-bagged operations post near the entrance of the township in order to establish a permanent presence.

The community burnt down Zwelihle police station earlier this year‚ claiming officers based there were incompetent. 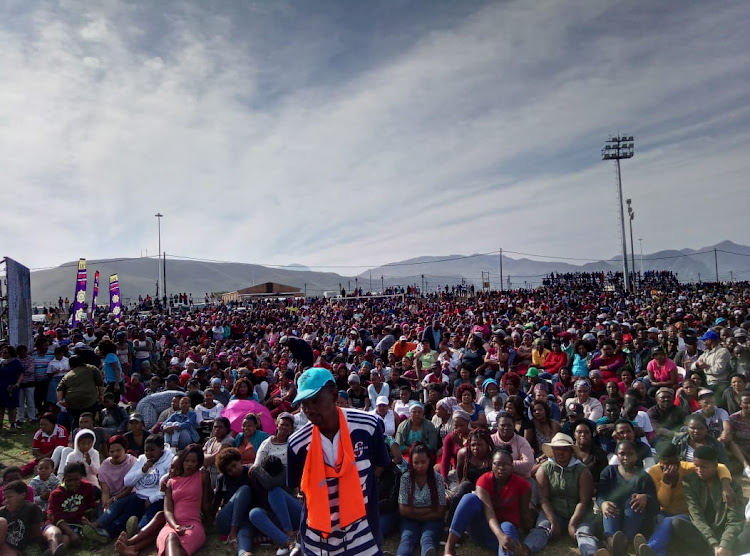 Hermanus residents in Zwelihle being addresed by Police Minister Bheki Cele in Zwelihle on a number of issues the community members are uhappy about on July 24 2018
Image: Aron Hyman

Community leader Anele Prince said the police action on Saturday was reminiscent of apartheid treatment‚ and forced leaders to meet in secrecy in another area because police were trying to round them up.

“On Friday we had a discussion with the minister about the situation in Zwelihle. We asked assurance from him that we would not be arrested‚ he gave his assurance by word of mouth‚ but on Friday afternoon the situation went sour‚ police were brutally chasing people‚” said Prince.

Cele told community leaders on Friday they had 72 hours to return police firearms which were taken from two police officers during clashes last week.

Prince said: “We were trying to have a caucus with our people to discuss this issue of a gun but by the time we got there we were being dispersed by teargas and rubber bullets.

“The whole time since Friday and into Saturday the police were driving through with Nyalas and there were guys sitting in the back with an open door. If you were walking they would shoot you.

“We decided it was not safe in Hermanus any more‚ so we decided to move away from Hermanus so we could continue doing our job as the leadership.”

The protesters say the municipality has sold land without consulting the community.

A meeting between Hermanus protesters and Police Minister Bheki Cele broke up abruptly on Friday after Cele gave the community 72 hours to return a ...
News
3 years ago

A man was arrested with a police firearm after an officer was robbed of his pistol and shotgun on Thursday night in Hermanus.
News
3 years ago

Police were being bolstered by units from across the Western Cape as violence escalated on Wednesday in the coastal town of Hermanus.
News
3 years ago