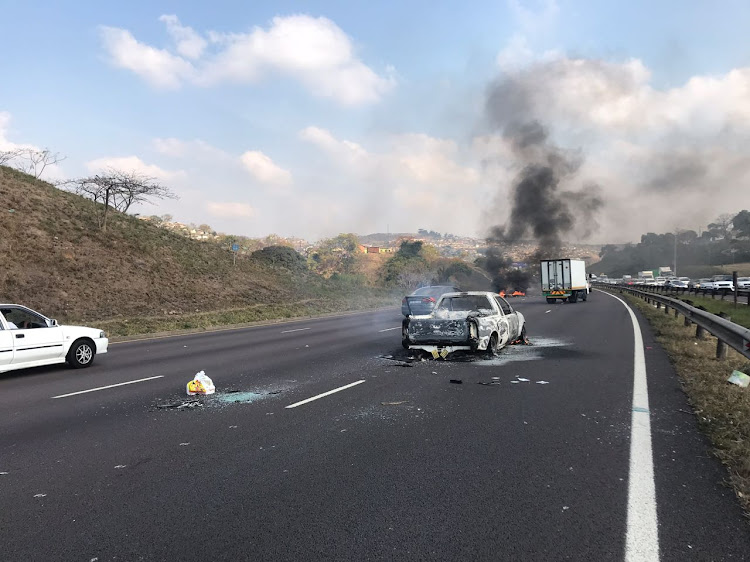 Protesters forced the closure of the busy N2 freeway in the south of Durban as part of violent demonstrations on July 26 2018
Image: JEFF WICKS

The violence - the third incident on Thursday- caused a major gridlock as traffic in both directions was blocked by burning tyres and debris.

Metro Police spokesman Superintendent Parbhoo Sewpersad said police were engaged in a stand-off with the protesters at the scene.

“This is the third incident today and it’s just got more violent. They are now throwing boulders‚ rocks and petrol bombs.”

Sewpersad said the latest round of protests were related to the eThekwini Municipality’s Land Invasion Unit tearing down informal housing in the Chesterville area‚ located close to the freeway‚ on Thursday.

He said there were no injuries and reinforcements had been called.

The controversial Delangokubona Business Forum has again forced the closure of the N2 in south Durban due to a refuse collection contract dispute.
News
4 years ago

KwaZulu-Natal MEC for Transport‚ Community Safety and Liaison Mxolisi Kaunda said that an overwhelmed police force in the province has responded to ...
News
4 years ago