I shot him‚ but his sexual abuse made me do it, says woman who married adoptive father 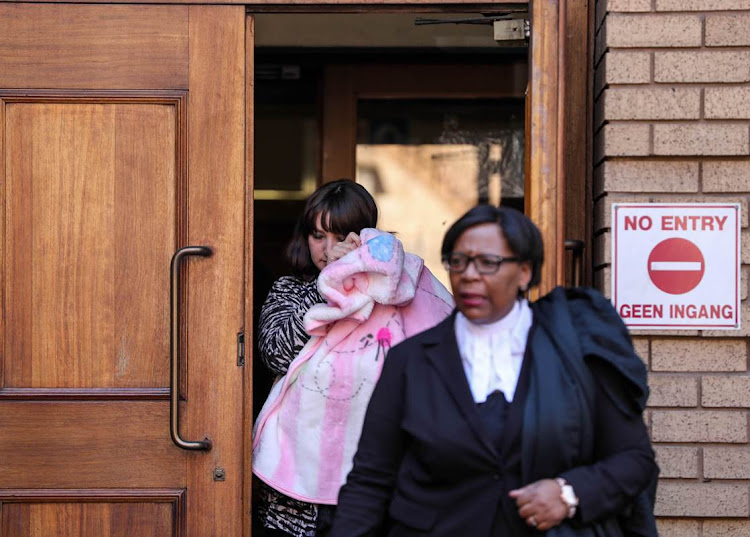 The Brakpan woman standing trial for the murder of her husband told the Pretoria High Court that she had been tired of constant sexual harassment.

On Monday she sought to unravel a deadly web of murder‚ divorce and perjury. This led to revelations of alleged horrifying sexual abuse since she was a little girl.

Cathy van Oudtshoorn‚ 31‚ is accused of murder‚ robbery‚ possession of a firearm‚ unlawful possession of ammunition‚ and having intentionally defeated or obstructed the course of justice. This is after she allegedly shot her husband - who was also her foster parent.

Chris van Oudtshoorn‚ 58‚ was killed in April 2016 while watching television.

In a statement read out by her Legal Aid lawyer‚ Thembi Bokako‚ Cathy claimed that Chris had sexually abused and made her life a living hell.

“I have never had parents; I did not know what it’s like to have a loving family‚” she explained.

She submitted that although she had shot him‚ it was out of temporary insanity.

Family affair: his daughter, then his wife. Now his killer?

They all had 'an idyllic family relationship'
News
3 years ago

Judge Hennie de Vos had asked that Cathy‚ the defendant in the case‚ convince the court through her lawyer why she should be referred to Weskoppies psychiatric hospital to back up her claim that she suffered non-pathological criminal incapacity when she shot her husband.

“I walked to the safe in the bedroom and got the gun out. I cannot explain what I was thinking … I just could not take another night. I then walked to the lounge and pulled the trigger‚” she said‚ through Bokako.

The mother of two said she was legally adopted by Chris and his then wife Jorina van Niekerk‚ 55. She claims Van Niekerk was privy to the sexual abuse and would leave her with Chris at their home.

Despite these claims‚ her stepmother helped her conceal the crime scene. She was convicted and jailed as an accessory to the murder, and is serving a five-year sentence.

“I asked her to help me. She started opening drawers and got a cloth to wrap the gun. On the day of the funeral I walked into the church and it was too much for me. Later I took 90 sleeping tablets‚ I was then taken to the hospital‚” her lawyer read.

Cathy van Oudtshoorn looked calm‚ carrying a baby wrapped in a pink blanket‚ as she arrived at the High Court in Pretoria to stand trial for ...
News
3 years ago

When her statement was read out‚ Cathy wept and hid her face in the dock.

The day after the funeral, police arrived at her home and asked her and her stepmother to report for questioning to the Brakpan police station.

“I was still drowsy and confused. The police officer did not read out my rights to me or anything. They slapped me on my face and I told them, ‘I did do it,’” she said.

The family of Chris's ex-wife was present in court on Monday. While the statement was being read, the family murmured in shock. Some wept at the end.

One of the family members told TimesLIVE that what had happened was “not fair”.

Accompanied by a friend‚ Cathy started the day with bravery and a smile - but as the day went on she became more emotional. She was carrying her baby‚ born just last month.

The trial continues on Tuesday morning‚ when the court is due to rule whether Cathy should be referred for psychiatric treatment.

March against gender-based violence on the cards

South Africans from all walks of life have been extended an open invitation to join #TheTotalShutdown march on Wednesday.
News
3 years ago

The trial of the former assistant waterpolo coach of Parktown Boys High‚ who allegedly raped or molested a group of pupils‚ was postponed to August ...
News
3 years ago