When Miss India SA 2014 went to New York, she never dreamed she'd both be on a billboard and get engaged 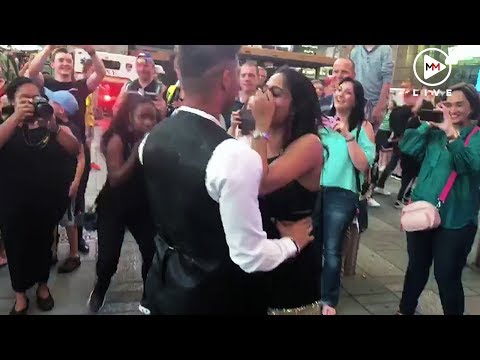 Johannesburg model and banking analyst Shivani Govender, 25 always hoped to have her name and face on a billboard, as she was a winner of Miss India South Africa in 2014.

She didn’t think it would be in Times Square on Thursday surrounded by work colleagues on a work trip.

Amid the crowds and people with selfie sticks, she noticed group of dancers in costume and was “intrigued”. She loves dancing so the masked dancers caught her attention amid the bright lights in the big city.

She thought the guy in his jacket and white mask was a Chinese dancer. But then he took off the mask.

It was her boyfriend, Tevin Govender, who organised a flash mob in Times Square to catch her attention.